Skip to content
Home » Entertainment » Where is Gunsmoke Star Buck Taylor in 2020? Net Worth

Where is Gunsmoke Star Buck Taylor in 2020? Net Worth 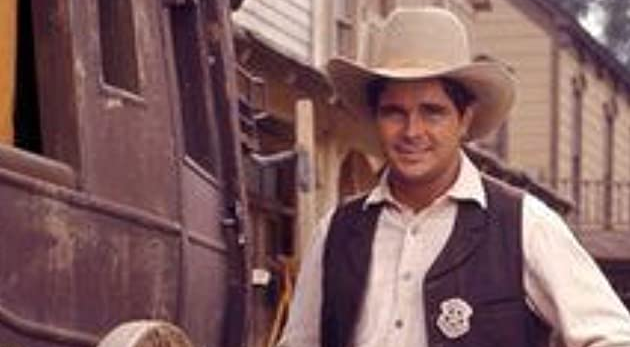 Holding the title of the most extended dramatic series in the history of television networks, Gunsmoke managed to leave a lasting impression on the audiences all around the globe. The show ran for 20 glorious years from 1955 to 1975, providing an early spotlight for many young talents.

While we have had to bid goodbye to most of the cast members, including James Arness,  Amanda Blake, and Dennis Weaver, actor Buck Taylor who portrayed the role of Newly O’Brien, is still as active as he was during the day. If you are curious to find out more about the 82-year-old, you’ve come to the right place.

Here is everything you need to know about the actor and painter, Buck Taylor and what he has been doing nowadays.

Buck Taylor Is The Son of Actor Dub Taylor

Walter Clarence “Buck” Taylor, III, was born on May 13, 1938, to the famous Hollywood actor, Dub Taylor. Buck grew up watching his father on sets alongside actors, including John Wayne and Bob Willis.

While he did have an affinity for acting, Buck initially pursued a career in art. After graduating from the North Hollywood High School, he went on to study theatre art at the University of Southern California. Besides that, he also tried to apply for the U.S Gymnastics Team with the sponsorship of Big Boy Williams.

Where is The Virginian James Drury in 2020? Net Worth

Before being recognized for his role in Gunsmoke, Buck debuted as Trooper Shattuck in CBS series, Dick Powell’s Zane Grey Theatre. Following that, he appeared in the sitcoms, The Adventures of Ozzie and Harriet and My Favorite Martian.

He has played minor roles in several movies and TV shows including, The Greatest Show on Earth, My Son the Social Worker, and Johnny Shiloh. He has also appeared in episodes of Have Gun-Will Travel, Stoney Burke, The Virginian, and The Big Valley.

In 1966, Buck portrayed the role of John “Brad” Bradford in ABC’s Western TV series, The Monroes.

Buck portrayed the role of gunsmith-turned-deputy Newly O’Brien in the CBS’s television series Gunsmoke from 1967. Following Gunsmoke, the actor starred in the 1981 western drama, Cattle Annie and Little Britches.

He then appeared in movies, including Triumphs of a Man Called Horse (1983), The Slim Dusty Movie (1984), and Proud Men (1987). In the same year, he appeared in the revival of Gunsmoke‘s TV movie, Gunsmoke: Return to Dodge.

He had a recurring role in the TV series Dallas in 1990. From 2003 to 2008, he played the role of General Maxcy Gregg Gods and Generals. The actor’s most recent TV appearance was in the drama TV series, Yellowstone, in 2018. The show has been renewed for a third season.

What is the cast of The Rifleman doing in Now? Where are they?

Buck Taylor is a Talented Artist

Apart from having astonishing acting skills, Buck also has a talent for art. The actor has been selling his paintings since 1993 using his website, private art shows, festivals as well as art galleries.

His website showcases his artworks and has information regarding his various show schedules. He is also the official artist for several rodeos, including “Pendleton Round-Up” in Pendleton, Oregon. He also has an active Facebook account where he updates about his art prints for sale.

The Gunsmoke star has been married twice. He was first married to actress Judy Ann Nugent in 1961. The couple had three sons before they got divorced in 1983.

In 1995, Buck met his current wife, Goldie Ann Taylor, who was a flight attendant at a quarter horse show where his paintings were being exhibited.

What is Buck Taylor Doing Now?

The couple has no kids of their own and currently reside in Fort Worth, Texas. The 82 years old actor has a net worth of $5 million as of 2020.