Skip to content
Home » Entertainment » Whatever Happened to the Cast of Petticoat Junction?

Whatever Happened to the Cast of Petticoat Junction? 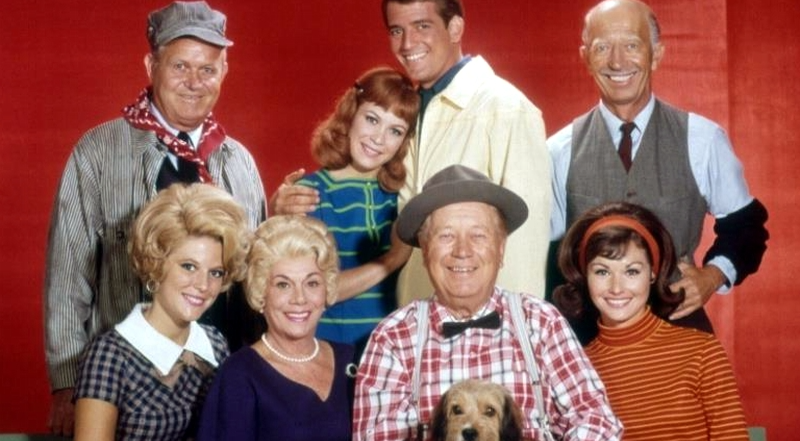 Sandwiched between The Beverly Hillbillies and Green Acres, Paul Henning’s Petticoat Junction was one of the most memorable sitcoms of the ’60s. With Kate Bradley running the Shady Rest Hotel, the viewers couldn’t help but adore her three daughters Billie Jo, Bobbie Jo, and Betty Jo.

During the show’s sixth season, Petticoat Junction cast and fans had to bid goodbye to actress Bea Benaderet who portrayed the role of Kate Bradley. The beloved show ran for a total of 7 seasons from 1963 to 1970.

With its 50th anniversary right around the corner, let’s find out what the cast of Petticoat Junction is doing now.

Following Petticoat Junction, the actor guest-starred in shows like Yuma, Cade’s County, The Partridge Family, and Love, American Style. His final film role was in the 1974 movie Benji, alongside his Petticoat Junction co-star, Higgins, the dog.

Edgar was married to Mildred Marguerite Spencer up until his death. On April 4, 1979, at age 74, the actor passed away due to pneumonia.

Whatever happened to Linda Kaye Henning? Net Worth

The daughter of Kate Bradley, Betty Jo Bradley, was played by actress Linda Kaye Henning in all seven seasons.

Following Petticoat Junction, Linda guest-starred in several T.V. series, including Happy Days, Mork & Mindy, and The Facts of Life. She was also the substitute hostess on the game show High Rollers (1974-76). The actress also had a recurring role in the fantasy television series, Sliders.

The 75 years old actress has been married twice, first to her on-screen husband, Mike Minor, in 1968. The couple divorced in 1973. She then married Ashby Adams in 1994. She currently resides in Los Angeles.

The eldest sister among the three Bradley sisters, Billie Jo Bradley, was portrayed by Jeannine Riley for the show’s first two seasons. Furthermore, she became one of the fan favorites of the show.

To pursue her career in movies, the actress left the series in 1965. Jeannine was also a series regular on Hee Haw. In 1973 the actress played Lulu McQueen on the western sitcom Dusty’s Trail.

She also starred in the 1973 action film Electra Glide in Blue. The 79 years old actress’s last appearance was in the 1991 science-fiction action film, Timebomb.

What is the cast of The Waltons Doing Now?

Following Petticoat Junction, Pat appeared in episodes of The Hollywood Palace and The Munsters. She has also starred in movies like The Woman Hunt (1972), The Twilight People (1972), and The Roommates (1973). Before retiring from acting, Pat appeared in an episode of The New Perry Mason in 1973.

She then went on to work for Werner Erhard and co-founded a consulting firm, retiring in 2013.  The actress died on September 29, 2015, at the age of 71, after losing her cancer battle. She was married to Vern McDade up until her death.

Actress Gunilla Hutton portrayed the role of Billie Jo Bradley during the third season of the show. After her short span in Petticoat Junction, she became a series regular in the television series Hee Haw up until 1992.

Besides that, she appeared in several T.V. series and movies including, Perry Mason, The Love Boat, and Murder Can Hurt You. Apart from acting, Hutton has also released several singles, including You Can Say the Prettiest Things Sometimes (1972), Chowchilla Dust (1973), and You’re Gonna Get Loved (1974).

In 2015, the 75 years old Hutton appeared in a MeTV commercial promoting Petticoat Junction with Linda Kaye Henning and Lori Saunders.

Actress Lori Saunders took over the role of Pat Woodell as Bobbie Jo Bradley from the third season.

After the show ended in 1970, Lori appeared in the last season of The Beverly Hillbillies. She then went on to star in the western comedy Dusty’s Trail.

The actress has also appeared in many other movies. Furthermore, she appeared in A Day at the White House (1972), So Sad About Gloria (1973), and Captive (1980). The 78 years old Lori retired in 1980 and has been living with her husband, Bernard Sandler.

She also appeared in shows like Fantasy Island, Webster, CHiPS, American Style, and Magnum, P.I.The actress has also hosted several games as well as talk shows. In 1986, she was awarded a local Emmy for her interviewing skills. The actress passed away from complications of brain cancer on July 14, 2000, at the age of 56.

Frank Cady portrayed the role of Sam Drucker in all 222 episodes of Petticoat Junction.

After the cancellation in 1970, Frank reprised his role in the final season of Green Acres. Frank did not appear much on television following his role as Sam. His last acting role was in the television movie Return to Green Acres (1990).