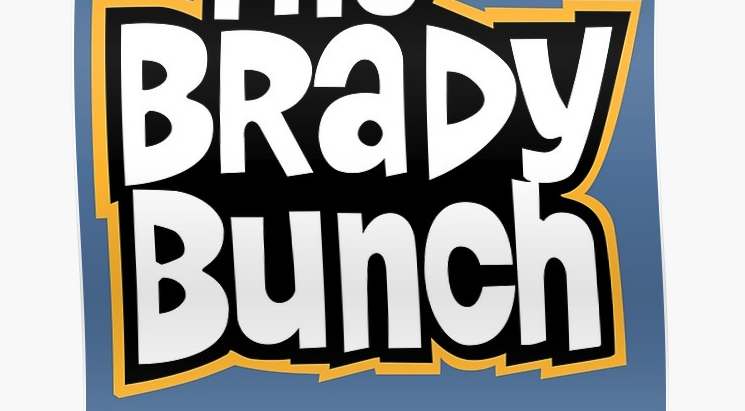 The Brady Bunch is a story of a blended family comprising six kids, parents and a wacky housekeeper. It sounds like a simple plot, right? But, the show was complex enough, characterized by wholesome fun, relatable characters, and valuable lessons.

No one would have imagined such success when the show started half a century ago. Starting as a typical TV sitcom, it grew into a syndicated monster throughout the years, spawning numerous reunions, spin-offs, theatrical/tv movies, parodies and many more.

It’s not only the re-runs and cast reunions that keep the show alive but the stories and lessons remain relatable to date. HGTV bought the Bradys’ house for $3.5 million, $1.615 million more than the listed price. Today, we are here with the details of posting The Brady Bunch career of the Bradys.

Maureen played the eldest daughter, Marcia Brady, with a perky and popular personality in The Brady Bunch and reprised her roles in several Brady Bunch spin-offs and movies, including The Brady Bunch Hour and The Brady Kids, The Brady Brides and A Very Brady Christmas.

In the 80s and 90s, she ventured into stage acting, appearing in Peter Pan and Grease. She also had a brief career as a singer and released four albums with The Brady Bunch cast. Later in 1995, she released a country album, When You Get a Little Lonely. However, her professional success was overshadowed by the downfall in her personal life. She got addicted to cocaine and Quaalude and struggled with depression and bulimia.

Maureen McCormick defied severe back pain & performed a Salsa that earned her immunity to Elimination.

She confessed her story in her 2008 memoir, Here’s the Story: Surviving Marcia Brady and Finding My True Voice. She became the reality show Celebrity Fit Club winner in 2007 and hasn’t had much activity in recent years.

Eve played the middle sister, Jan Brady, in the sitcom. The storylines included her embarrassment over not having a boyfriend, insecurity over wearing glasses and concerns over her future, which were just what fans loved the most. After the show ended, she also participated in The Brady Bunch follow-up programs, including spin-offs, reunion specials and feature films. In addition to that, she also recorded several albums with her TV siblings.

However, she was the only original cast member who didn’t reunite for the variety show, The Brady Bunch Hour, which led to accusations that she didn’t want to be associated with the Bradys.

5 Behind the scenes facts of Call, the Midwife. Fake Trailers and more

Following that, her most notable role came as a teen prostitute in the 1976 movie Dawn: Portrait of a Teenage Runaway. In her later years, she indulged in painting but hasn’t quit acting. Now, at 60, she is still active, making guest appearances on various TV shows.

Susan Olsen played the youngest of The Brady Bunch girls. Her TV role as Cindy had made her childhood difficult because her friends used to shun her as they couldn’t understand her character and real life. After the show, she hasn’t focused on acting. Susan moved to graphic design. She was also a radio talk show host, an artist, and an animal-welfare advocate.

She also co-wrote a coffee table book entitled Love to Love You Brady’s detailing the Brady Bunch Variety Hour. In 2016, she got fired from the radio show, Two Chicks Talkin’ Politics after a gay actor, Leon Acord-Whiting, accused her of homophobia.

After achieving a huge success playing Greg Brady, the eldest son, William continued with guest roles on television shows like General Hospital, Three’s Company and That ‘70s Show. He also got involved in musical theater touring with productions like The Sound of Music, Grease, and West Side Story. He also starred in Broadway shows, Romance/ Romance and The Pippin.

In 1992, he co-authored an autobiography, Growing Up Brady: I Was A Teenage Greg, with Chris Kreski. The book became a New York Times bestseller and was later adapted into a movie, Growing Up Brady, in 2001. He later launched The Greg Brady Project in 2007, a fan portal for those who loved the show. After Florence Henderson’s demise in 2016, he is the oldest surviving cast of the show.

Mike Lookinland played Bobby Brady, the youngest son of the famous TV family. Apart from his collaboration with The Bradys and guest roles in various shows!

Morever, Mike is known for his appearance in the movie, The Towering Inferno, where he shared the screen space with Jennifer Jones and Paul Newman. Currently, Lookinland operates a decorative concrete business in Salt Lake City.

Peter Brady was the clumsy middle son dressed up as a girl scout and had a squeaky voice. After the show, Christopher Knight and his TV brother, Barry, remained good friends and appeared together as a gay couple in an episode of That ‘70s Show.

Christopher remained away from the glamour world and became a businessman after the show ended. Later, he returned to host game shows likeTrivial Pursuit: America Plays and Make Me Rich.

Reed, who played a widowed architect with three sons, sadly died of colon and bladder cancer and HIV in 1992. He reprised the role of Mike Brady in numerous reunion shows. Later, he took home two Primetime Emmy nominations in 1976 for his guest roles in two episodes of Medical Center and his appearance in the mini-series Rich Man Poor Man.

His work in another mini-series, Roots, earned him his third Emmy nomination.  He also made a name for himself through his roles in The Defenders and The Mannix.

Where is the cast of The Golden Girls now in 2018?

The matriarch of the series passed away of heart failure in 2016. After The Brady Bunch ended in 1974, she appeared in several follow-up movies and shows.

Over the years, she also worked in several films and hosted long-running cooking and variety shows, including The Florence Henderson Show and Who’s Cooking with Florence Henderson. She was one of the 12 celebrity contestants in Dancing with the Stars (2010), where she partnered with pro dancer Corky Ballas.

#9 Ann B. Davis as Alice Nelson

The actress, who had already cemented her place in the show business with her two Emmy-winning roles in The Bob Cummings Show, became more famous after playing the part of the housekeeper, Alice Nelson, in The Brady Bunch.

After the show, she reprised her role in Brady Bunch TV movies and spin-offs. In the later years, she focused on theater and appeared in productions like Crazy for You and Arsenic and Old Lace. In 1994, she published a cookbook, Alice’s Brady Bunch Cookbook, including the recipes from The Brady Bunch. She passed away on June 1, 2014, at the age of 88, and her death came as a surprise as she was in good health for a woman of her age.

Who was your favorite character on The Brady Bunch? Tell us in the comment section below.