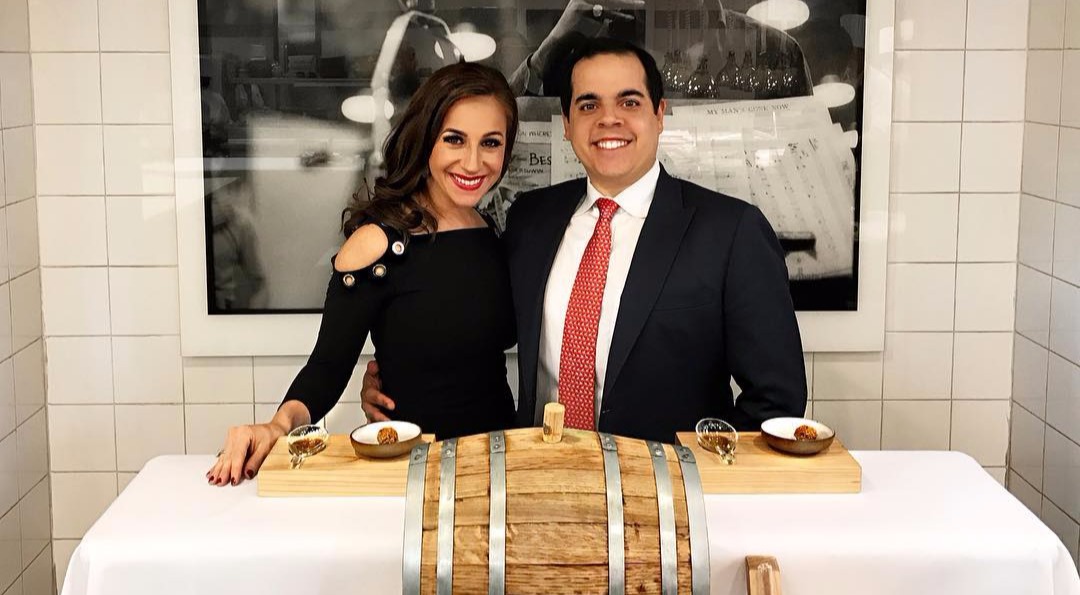 Teresa Priolo and her husband are pregnant! The Fox reporter will be welcoming her first baby in February 2018. She has been married to Daniel Aviles since 2013.

As it is the tradition these days, Priolo took to Instagram to announce that she was pregnant.

She posted a photo with her husband and a sonogram of their baby on August 28 to reveal the pregnancy. In the caption she wrote, “Time for life’s greatest adventure! Starting February 2018, our @unionsquarecafe dinners will require a reservation for 3??.” 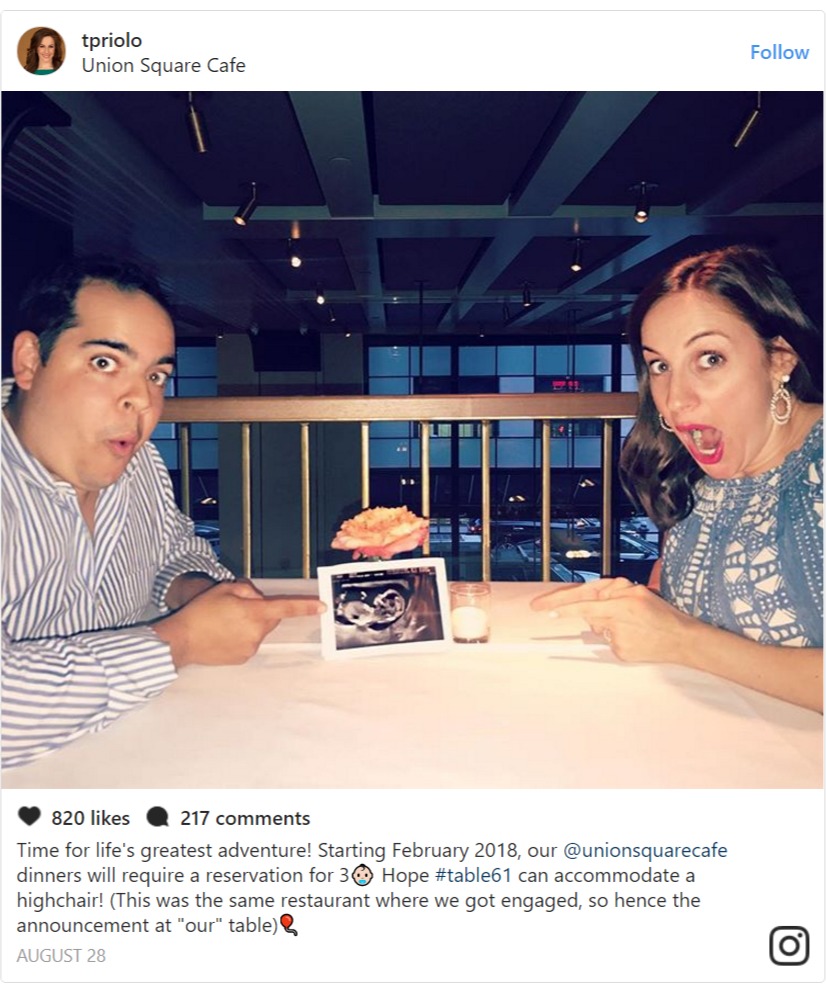 Apparently, her husband had proposed to her at the same table! They got engaged at Union Square Cafe in New York on August 2, 2012 and tied the knot a year later.

This is their first pregnancy. The adorable couple share a two pets, a dog named Duke and a rescued cat named Ida.

Teresa Priolo & husband have been married since 2013

Priolo and her husband had an October wedding in 2013. They had a lavish ceremony at the Church of Saint Ignatius Loyola in New York City, which was attended by their parents and closest friends.

Teresa and Daniel celebrated their third wedding anniversary in 2016. The Fox5NY host shared a heartfelt message, which is actually a quote from Mark Twain, to her husband in the caption of an Instagram post for the occasion. 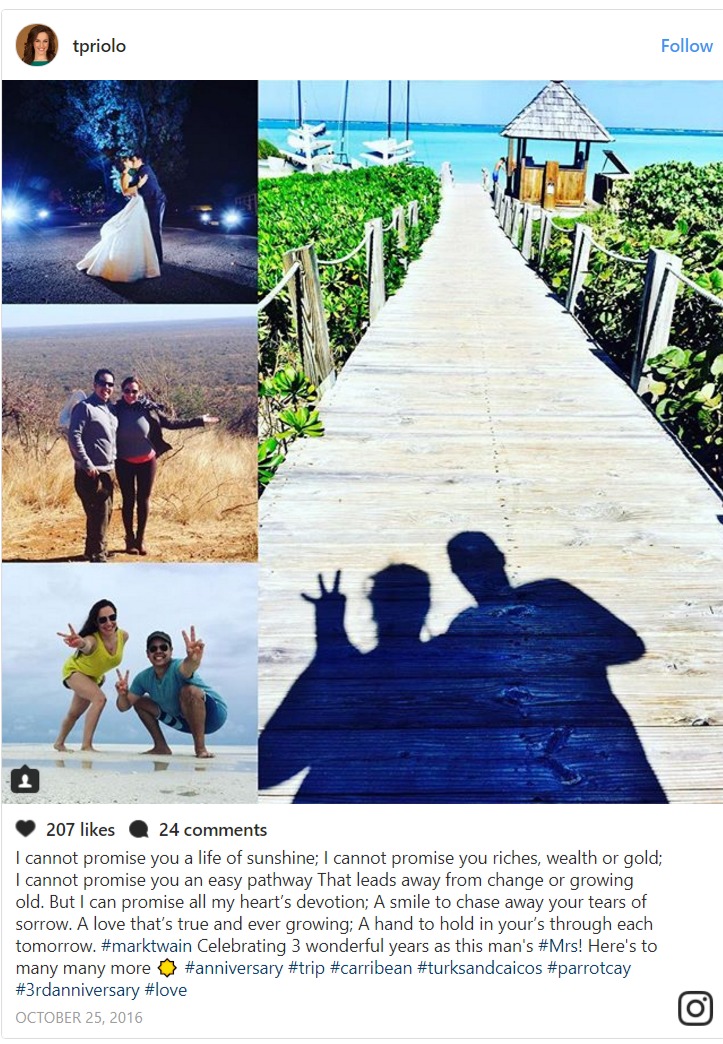 Teresa frequently shares photos of her husband on social media and has been quite generous to fans when it comes to her personal life.

Priolo is presently reporting the 5/10p slot at on Channel 5. Previously, she hosted the morning news from 6 am alongside co-host Antwan Lewis. Priolo and Lewis were replaced by new Fox reporter Sukanya Krishnan and Jennifer Lahmers in August 2017.

Teresa took to Twitter to thanks her supporters for their “kindness & love” after the announcement.

Krishnan joined Fox News after leaving WPIX, where she worked for 17 years. She confirmed on August 21 that the replacement was permanent.