Skip to content
Home » Entertainment » Tempestt Bledsoe & Darryl Bell thinking about starting a family? Any plan to get married to long-term partner?

Tempestt Bledsoe & Darryl Bell thinking about starting a family? Any plan to get married to long-term partner? 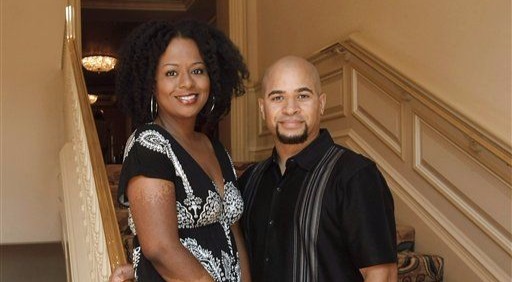 Tempestt Bledsoe and Darryl M.Bell have been dating for 23 years. It’s surprising that they haven’t married yet. The actress and her yet-to-husband haven’t planned on starting a family so far.

Known for her portrayal of Vanessa Huxtable on popular The Cosby Show, Tempest Bledsoe and actor Darryl M. Bell, popular as Ron Johnson Jr. from series A Different World began dating five years after meeting on the set of A Different World.

Let’s find out when will Tempestt marry her long-term boyfriend? Also, do they have any children? Find out below.

Now, romantically attachment for last 23 years, Tempestt Bledsoe and Darryl M. Bell opened up their private matters to the camera of Fox’s Househusbands of Hollywood, in August 2009, which showcased husbands of leading women handling the households.

On being asked what made them put their private lives on television, Tempestt answered, “it was an opportunity to work with Darryl, and it looked like it would be a good time.”

Tempestt Bledsoe has been ‘happily unmarried’ for 23 years to her live-in boyfriend, Darryl M. Bell. The Chicago, Illinois natives, Tempestt & Darryl started their relationship back in 1993, and till this day they have a lasting beautiful relationship.

The pair met when Tempestt made a guest appearance on the popular sitcom, A Different World, in 1989, in which Darryl was a leading actor.

Darryl chimed in with, “We’re not married and we don’t have kids, so we didn’t necessarily fit the mold of the show at all… But I think what they wanted was to focus on the love and respect we have for each other as a couple.”

They are definitely made for each other, however, it’s a fact that Tempestt and Darryl are taking a long time to decide whether to say “I do” or not. Following the fact, the answer to when the wedding will be is hard to say as of October 2016.

While the pair may have some issues in a relationship, they credit two important aspects for their successful match, i.e. Laughter & compatibility. Once in an interview, Bledsoe said, “If you can make a woman laugh, you will find your way into her heart”.

From sharing the similar acting career to mutual understanding, the couple has been together for quite a long time now. Similarly, they have stood by each other through every bumpy road & are still in love & happy.

Tempestt and Darryl have helped each other emotionally and financially. Allegedly, after Darryl lost his billions inherited from his father. Tempestt, a bachelor degree holder in finance from New York University, helped her yet-to-be husband collect the pieces & stabilized his finances.

Tempestt Bledsoe and Darryl M. Bell have been together for 23 years now and they’re still not married. Tempestt has yet to decide on making Darryl her beloved husband and starting a family with him.