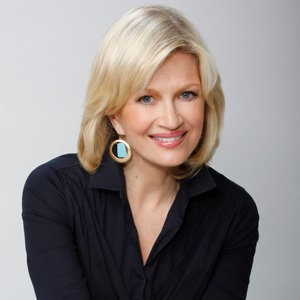 Recognized as the first woman in several prominent places, on CBS and ABC News, Diane Sawyer is a role model to many women who are trying to reach the height, she reached after years of struggle. Sawyer was formerly a news anchor of ABC World News and co-anchor of Good morning America & Primetime newsmagazine.

A television Hall of famer and an Emmy award winner, Sawyer was listed in Forbes magazine’s 100 most powerful women list. In her early career, Sawyer served as a White House staff member for former U.S president Richard Nixon.

Undeniably a powerful and an inspirational diva, Sawyer has reached the peak of success with dedication and hard work. She has already celebrated her 71st birthday, born on 22nd December, 1945.

Glasgow, Kentucky native Sawyer belongs to English, Irish, Scots-Irish and German descent. In her early childhood, her parents moved to Louisville where her father made a name for himself as a Republican politician. Perhaps, her dad became an inspiration for her to pursue a political career.

Despite thriving on professional life, Sawyer faced numerous hurdles on her personal. She remained in a marital bliss with theater director Mike Nichols before his demise in 2014.