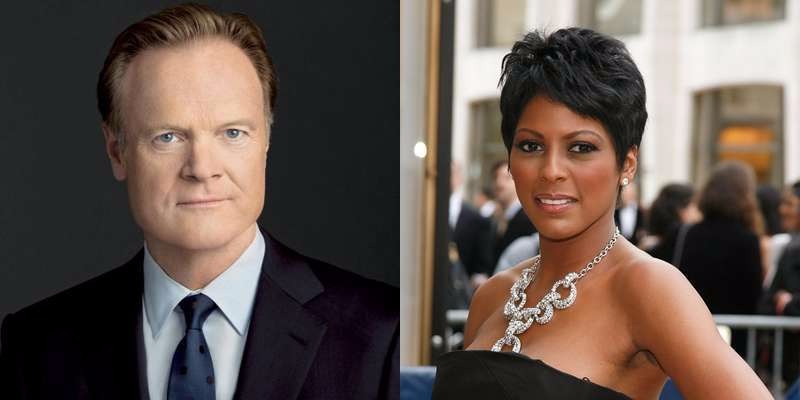 You’ve heard the Tamron Hall and Lawrence O’Donnell dating rumors. She has remained tight-lipped about her personal life, especially regarding her dating rumors. To the fans’ surprise, in February 2017, she revealed to Steve Harvey on his show that she was indeed seeing someone!

“I have a boyfriend now,” said Tamron, surprising her longtime friend, Harvey. She also went on to say that her boyfriend works in entertainment. Apart from that, she was not at the least generous about sharing her love life with the audience. So, here’s the big question: who is Tamron Hall dating?

For the longest time, the former Today Show host has been rumored to be dating American TV journalist Lawrence O’Donnell. However, neither Tamron nor O’Donnell have revealed anything that would suggest that they are together.

Sources reveal that she’s been close with the MSNBC host since 2011. Her rumored beau is nearly 20 years older than her. Lawrence was married to actress Kathryn Harrold until 2013, so it is unlikely that Tamron and he began dating before 2013 if they are in a relationship.

Tamron Hall revealed on Today – She hates the gym.

A look at her Instagram profile, and you’ll see that Tamron has made sure not to post any pictures that would fuel romance rumors. She does share her personal life on the site; she’s posted images of her mother and nephew. However, nothing related to her dating life.

Is the third time the charm for Tamron Hall?

In a 2016 interview with PEOPLE, Tamron revealed that she has been engaged twice but didn’t make it to the aisle.” I never bought a dress, but I was close, in Vegas and another time in Cozumel. I chickened out both times,” said Tamron.

Hall further explained that her sister’s domestic abuse has made her cautious with her dating life. Her sister, Renate, was murdered in 2004 following bouts of domestic violence. The murder remains unsolved.

Apart from this, she’s also wary about getting married because she has an “incredible phobia of divorce.” Well, maybe things will work out for the best this time.