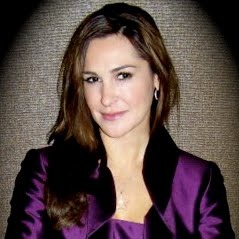 Tamara Nora Holder, a well-known personality in the TV world is a famous commentator, attorney, and author. The American talent is best perceived for working as a contributor on Fox News Channel.

Born in the United States of America, Tamara Holder became a conspicuous television figure when she joined Fox News Channel in 2010. She initially appeared as a frequent guest on several television networks like CNN, HLN and TruTV.

On 26th December2012 she made an appearance as a guest co-host on WABC’s show Hannity. Previous to that on 12th March, she appeared as a guest on Fox News Channel’s news talk show The Five.

Besides her work association with television networks as a guest host and contributor, she worked as a civil rights attorney. She is also a founder of the site xpunged.com which was developed to clear criminal record. Till date, she has signed many petitions to seal criminal records.

Tamara is also popular as a writer. She has written articles for the news blog and websites like The Huffington Post, The Daily Caller, and GrassRoots. Holder has written a book titled Hanging on by My Fingernails.

In 2012, she appeared in the movie titled Atlas Shrugged: Part II where she was seen along with other famous TV celebrities like Sean Hannity, Bob Beckel, and Juan Williams.

Tamara Holder received her university education degree from theUniversity of Arizona. Later, she joined the John Marshall Law School based in Chicago, Illinois for further education.

Despite being a popular personality on television, not much information about her personal life is revealed. Holder has never revealed her relationship history nor she has talked about her love interests. However, she is believed to be single at present though any confirmation has not been made till date.

She is a gorgeous lady who looks absolutely stunning in her television appearances. Her alluring hot figure has always been thefocal part of the fascination that has helped her to get connected well with all the audiences.

One of the most noticeable television personalities, Tamara Holder has certainly grabbed immense ubiquity from working as a television commentator. In 2008, Tamara was included in the list of 50 People Who Make Chicago a Better Place by Chicago Sun-Times. For more news and recent updates, keep following Tamara Holder on Twitter @tamaraholder.