Tall height, toned abs & shirtless John Stamos is simply YUM. Also his millions of net worth add cherry to the cake. Find out more below 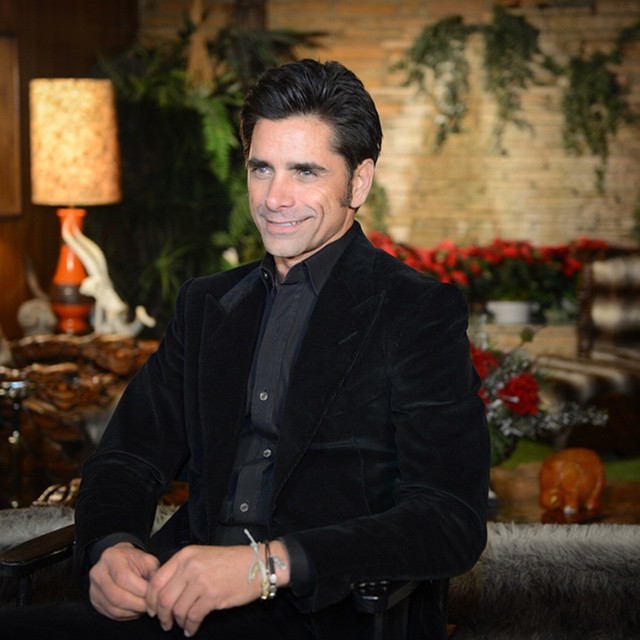 John Stamos’s shirtless frame is a sight to see! His toned abs are complemented by his tall height. His career has earned him a net worth of $40 million.

John’s youthful appearance hasn’t declined. He is as appealing as he used to be in the early 90s.

John Stamos gave a surprise to his fans. It’s a Shirtless Picture!

The Grandfathered actor thought of giving his fans a surprise on his birthday. On his 52nd birthday, he posted his shirtless picture on Twitter @JohnStamos and tweeted "At 52, proof I put on my undies like everyone else… one leg at a time. #mydepends" He also posted the same picture on his official Instagram @johnstamos.

At 52, proof I put on my undies like everyone else… one leg at a time. #mydepends

Age is just a number for this five feet eleven inches tall actor. His toned abs are setting goals for his younger fans. Girls still go crazy for his good looks.

John is currently shooting for the TV show Scream Queens. His co-star Taylor Lautner has revealed, "We've only been filming for two and a half weeks, and John has been shirtless like five times".

Me and @glenpowell on our way to work for another thrilling shower scene in tonight's thrilling episode. @screamqueensfox

Seems like he just loves showing his toned abs.

To possess such an exceptional body, he must have gone through vigorous workouts. His workouts are accompanied by Transcendental Meditation.

His workout routines have changed from the 80s and 90s. During those times, while he worked for bigger body nowadays, he added Pilates and swimming to his fitness routine for a lean body. He does floor work, stretching, push-ups, pull-ups and running according to his schedule.

A good eight-hour sleep is the key for his good looks says the 52-year-old actor about his sleeping habits. He is really conscious about what he eats and tries to stay stress-free and achieve a peaceful mind.

There’s no stopping for John Stamos. His career is just growing and growing!

Famously known as Uncle Jesse of the TV sitcom Full House, the show was a big hit and earned him a huge sum of money and opened the door for many other opportunities.

He is the only cast of Full House who has successfully made his constant appearance on television and has a huge net worth. After Full House, he appeared in lots of TV series like ER, Bye Bye Birdie, Glee, General Hospital etc.

Like any other celebrity, John also gets paid by sponsorship, ads, endorsement and featuring. Endorsements and sponsorships add around $1 million to his income. His yearly salary is estimated to be $4.7 million. Television is the main source of his income and altogether, his income results in a net worth of $40 million.

He can be currently seen in Scream Queens as Dr. Brock Holt and he is the executive producer of the Netflix series, Fuller House. He has been frequently seen playing with a band The Beach Boys since 90s.

I can't escape it. #Fullerhouse #TheBeachBoys

John is one of the hottest actors in television who only get younger with age. His hot lean body with a height of 5 feet 11 inches is just amazing, making his shirtless pictures a gift to his fans. John Stamos is blessed with good fortune too as he has accumulated a huge net worth of $40 million.