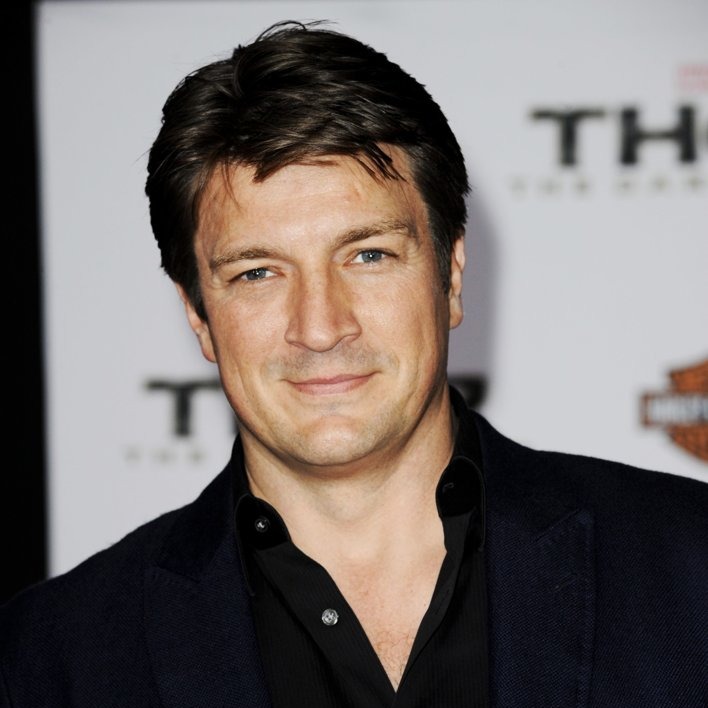 Nathan Fillion is a Canadian-born American actor and voice-over artist renowned for portraying the role of Richard Castle in the ABC series Castle. He is also popular for appearing in the TV series Firefly and its big-screen adaptation, Serenity.

The early life of Nathan Fillion

As the youngest of two sons in the Fillion family, Nathan was born to former English teacher parents Bob Fillion and Cookie Fillion (née Early). On 27 March 1971, he was born in Edmonton, Alberta, Canada and was brought up in Edmonton’s Mill Woods.

There, he attended Holy Trinity Catholic High School. He later studied at Concordia University College of Alberta and later went to the University of Alberta, where he was a member of the Kappa Alpha Society.

Fillion shifted to the United States in 1994 and has been an American citizen since 1997.

Nathan Fillion’s career has been a prosperous one.

Nathan kick-started his acting career in 1993, appearing in a TV film, Ordeal in the Arctic. A notable role followed it in the television series One Life to Live. He made his film debut in 1994 in Strange and Rich.

On the big screen, Fillion made a breakthrough in 2005 by playing the role of Malcolm “Mal” Reynolds in Serenity. The role earned him an SFX Award for Best Actor, nominations for Empire Award for Best Newcomer and an Online Film Critics Society Award for Best Breakthrough Performance. He had also portrayed Mal in the television series Firefly from 2002 to 2003, for which he was honored with a Saturn Award for Cinescape Genre Face of the Future – Male.

Nathan received the most popular role of his career, Richard Castle, in the police procedural drama series Castle in 2009. He appeared in over 170 episodes of the series until the series ended in May 2016.

Nathan’s venture with Castle has certainly caused a significant rise in her fame and popularity. Besides, the huge paycheck he received from the series has caused a substantial increase in his net worth.

Will Nathan marry his current partner?

Nathan has not married anyone to till date but has had relationships with a few renowned names.

Actresses Vanessa Marcil, Perrey Reeves and Stana Katic are some personalities who have made Nathan’s girlfriend list, while Christina Ochoa and Mikaela Hoover had even got engaged to the actor.

Presently, Fillion is dating Krista Allen, former partner of actor George Clooney. Fans are waiting to see if he marries his current girlfriend.