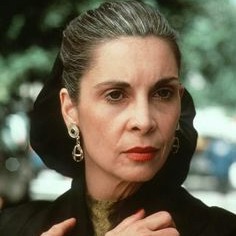 A splendid American actress Talia Shire is best known to the world for her phenomenal performance as Connie Corleone in the movie – The Godfather. She is widely known for portraying the role of Adrian Balboa in Rocky movie series.

Talia Shire made her breakthrough in the movie The Godfather

Talia was determined to make her career in acting since she was a small child. Her first step towards her dream world came in the year 1968 when she got an opportunity to show her acting skill in the movie The Wild Racers. She was very impressive in her first movie role.

In 1970, she was featured in the movie called The Dunwich Horror where she played the role of Nurse Cora. She gained widespread recognition and tremendous acclaims from the movie.

Her next noteworthy performance came in 1971 movie Gas-s-s-s. In 1972 she made her career breakthrough by playing the role in the crime movie The Godfather. She also became a part of the sequel of the movie “The Godfather Part II.” For her splendid execution in the movie, she was nominated for an Academy Award for Best Supporting Actress.

Talia has also been successful to make her name popular in the TV world. She has demonstrated her magical performances in many television series like Doctor’s Hospital, Rich Man, Poor Man, The Godfather Saga, Faerie Tale Theatre, For Richer, for Poorer, CBS Schoolbreak Special, Chantilly Lace, Born Into Exile, Blue Smoke and Christmas at Cadillac Jack’s.

Divorced with David Shire, Talia’s 2nd husband has passed away

The gorgeous lady has married twice in her life. First, she got wedded to a composer, David Shire, in 1970. She gave birth to a son named Matthew Orlando Shire in 1975 while she was in a relation with David. Talia spent a joyful and happy life with hubby David for eight years until they ended their relation with divorce.

In 1980, she got married to movie producer Jack Schwartzman. From her marriage with Jack, she has been blessed with two sons named Robert Schwartzman and Jason Schwartzman.

However, her cheerful life with Jack didn’t sustain for a long time. In 1994, she became alone after the death of her husband Jack Schwartzman. Since then, she is living a single life. Her two sons Robert and Jason are also working as an actor in the movie.

Talia Shire is an owner of a whopping net worth amount

Talia is a stunning actress who is blessed with an impeccable figure and tempting body. She has a charming face and attracting body measurements size of 32-23-34 inches. Even at the age of 68, she looks as beautiful as she used to look in her young days.

Shire stands with the medium height of 5 feet 4 inches. She has a fascinating brown-dark colored eye and black colored hair. She has exposed her sizzling and hot figure many times in the bikini.

The extremely talented actress has achieved huge fame from her acting career. As of 2014, she has gathered huge net worth amount of $15 million. More information about this talented actress can be obtained from Wikipedia or from her Twitter page @taliashire.