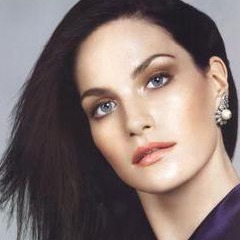 A bona fide model, Missy Rayder shelters finest looks and talent which has helped her to carve her name in the modeling industry. The American heartthrob has been walking on runways for years for some of the prominent fashion houses and has appeared in print ads for multiple companies such as Agent Provocateur, Vera Wang, Louis Vuitton, Prada, Moschino, Missoni, Kenneth Cole and GAP among others. Along with this, she has graced the pages of popular magazines including, Vogue Italia, Harper’s Bazaar and Vogue German.

Missy Rayder is a sensational beauty who has been ruling the modeling fraternity since the day she stepped into it. American by nationality, she began the journey of her life on 26th of June 1978. A River Falls, Wisconsin native, Missy has not revealed information regarding her education whereas her supermodel sister Frankie Rayder is a River Falls High School alumnus. 38 years aged sizzling hot fashion model has come a long way since she started her career in theglamor industry.

Missy Rayder’s struggle in this field started in the late nineties. Today an established name, she walked in Milan and Paris runway shows for Trussardi, Costume National, and Chloe in 1997. Apart from prancing her substance down on the runways, she has worked in a number of prints ads for some of the established companies, such as Ann Taylor, Bulgari, Fragrance, Escada, David Yurman, Burberry, and Agent Provocateur.

The New York Times thrust her fame to the next level when it referred her and supermodel sister Frankie Rayder as the Famous Rayder Sisters. The duo has appeared together on the cover of prominent fashion magazine Harper’s Bazaar.

By the starting of 2002, she managed to place herself among the top models at famous Elite Model Management in NYC. That same year, she dealt with income tax issues that almost averted her from reentering the USA because of money she made during Mercedes Australian Fashion Week. That September, the daring model shaved her eyebrows and hair for Marc Jacobs show. She eventually appeared on the cover of Vogue Italia and German Vogue.

From 2002 to 2007, she graced the cover page of Vogue Italia 6 times and appeared on Vogue Espana and German Vogue. In addition to this, she has spread her magic on the cover of Elle France and Elle Italy. In 2006, Harper Bazaar listed her among best dressed.

With her flourishing popularity and significant works, her income must be growing rapidly. However, neither she nor her rep had disclosed her net worth yet. But looking at her career graph it’s easy to say that she must be getting a six-figure salary.

5’10″ tall American hottie has been interviewed time and again and with her wit and intelligence she has surprised her fans. For more details on her personal choices, you may go through her recent interview with Telegraph. She is active in some social media sites as well.