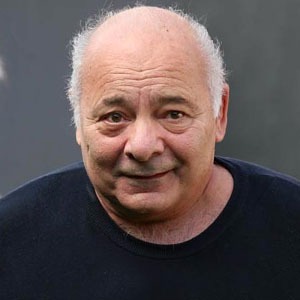 A veteran American actor, Burt Young is best recognized as Paulie in Rocky movie series. Burt Young is a multifaceted figure from America who is also a painter, actor and author. He is one of the legendary actors who has spent more than 4 decades of his life, contributing to the field of the movie industry.

Who were Burt’s parents?

This supremely talented actor was born as a Gerald Tommaso Delouise on 30th April 1940, in Queens, New York, United States. He carries an Italian nationality and belongs to the white ethnicity. He was raised by his parents Michael and Josephine.

It was in the year 1970 when he made his acting debut in the movie ‘Carnival of Blood’. He showed his brilliant performance as John Harris in the movie.

After gaining the much-needed breakthrough and success, he started to get other movie offers.

In the year 1971, he was cast in the movie Born to Win, where he played the role of First Hood. He also showed his excellent performance in the movie titled ‘The Gang That Couldn’t Shoot Straight’.

In 1972, he was selected to play the role of Lapides in the movie called ‘Across 110th Street’.

Burt started to appear in other movies like Cinderella Liberty, Chinatown, The Gambler, The Killer Elite, Murph the Surf and so forth.

For his outstanding works, Burt was even nominated for an Academy Award for Best Supporting Actor. His other phenomenal movie performances came in the movies The Choirboys, Blood Beach, Lookin’ to Get Out, Once Upon a Time, etc.

Burt Young has shown his versatile acting skills in nearly 100 movies. Not just limited to this, Burt has flaunted his art skill in All Over, a poetry collection. Also, he has tried his hands in the book entitled Endings.

Father to a child, Burt’s wife is dead

Burt Young was a married man; he was married to late Gloria. From his conjugal life, he is blessed with a daughter, Anne Morea.

He was living a happy and blissful life with his wife and children until Gloria died in 1974.

Burt has not been seen with any other lady after the death of his wife. Currently, he is living with his daughter in Port Washington, New York.

5’7″ height, Burt has that same guts and enthusiasm in his 70s

Burt is also known for his humorous nature. He has a charming personality and a smiling face. Even at the age of 74, he has not lost the charm.

Burt, who is near to reaching his 80s, has that same guts and enthusiasm for acting. He has been an inspiration to all the youngsters who wants to make their career in the movie world.

Young has an average height of 5 feet 7 inches and weight of 76 kg.

Through dedicating much of his time in acting, he has earned an estimated net worth amount of $2 million. Additional information about this extremely talented actor can be extracted from the wiki and other internet sites.