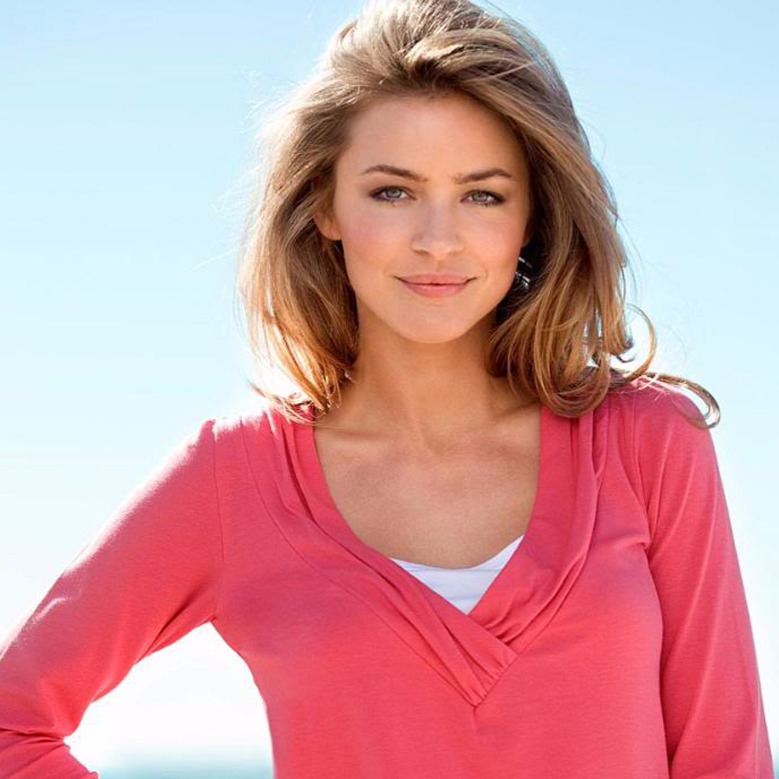 Tabrett Bethell, an Australian model-turned-actress has made a name for herself in the show business with playing Cara Mason in the TV series ‘Legend of the Seeker’. Blessed with an intoxicating beauty and exclusive talents, Tabrett’s pre-acting stints included gracing the glamor world as a fashion model and taking cheerleading job for National Rugby League Cronulla-Sutherland Sharks.

Fascinated by camera from an early age, Tabrett left education for acting ambition

Tabrett Bethell was born on 13th May 1981 in Sydney, New South Wales, Australia. Bethell spent her early years as a model & cheerleader and when her childhood acting fascination started increasing, she decided to pursue a career in it. While very specific details of her early life and family have been disclosed, her educational background is almost unknown.

However, as a little girl was charmed by the glamor world, she went on to attend Screenwise, a Sydney-based actors television and film school.

Signed by a Chadwick agency, Australia’s premiere modeling agency, she remained to model for Chadwick till 2011. Once cited as one of the top lingerie models in Australia, she is known to have worked for various fashion lines including EziBuy, Maggie Sottero, and RaboPlus.

Attending Screenwise and completing the year-long Intensive program in 2007, she kicked off her acting career starting with a low-budget Australian thriller ‘Strangers Lovers Killers’. The following year brought her presence in Campbell Graham-directed ‘Anyone You Want’, where she played Amy that helped her win a Best Actress Award at Manhattan Film Festival in 2010.

Afterward, she took Beth’s role in Australian thriller ‘The Clinic’ which was shown at several film festivals and later released on DVD. The most acclaimed and widely praised role she has played ever since is as Mord-Sith Cara in television series ‘Legend of Seeker’.

Beginning with a guest appearance in season 1 finale episode, she returned to series regular for the 2nd season. Continuing acting taking guest roles in various movies and TV shows, she has recently appeared in independent film ‘Oren’.

She made a Bollywood debut playing Victoria’s role in Hindi action-thriller ‘Dhoom 3: Back in Action’.

Blessed with alluring looks, Tabrett is named after a city in Australia. A green-colored sexy eyes, fuller lips, and sensual body defines this model-turned-actress.

Standing with an attractive height of 5 feet and 8 inches, 35-years-old Bethell’s slim figured body weighing 58 kg measures 34-25-35 inches. No one can take off their eyes from her bikini looks. Many of her female fans wonder that how she has managed to maintain such a captivating figure.

Unarguably, many men may dream to date this beautiful woman. But she isn’t seen being cozy with any man till date.

While there is not a single clue about her boyfriends, love life or relationships, seemingly her career has always been at top of her priority list. Her age has already hit three and half decades, but she seems single yet. She is a close friend to Bridget Regan.

Though her early life and relationship matters are under wrap, her movies and career details can be obtained from around the web. You can follow her on Instagram and Twitter as well.