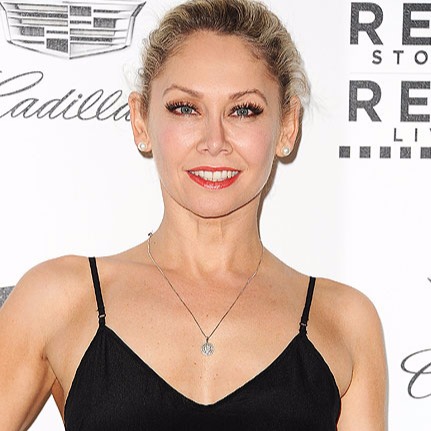 One of the most glamorous ballroom dancers of the modern age, Kym Johnson has an ability to combine brains, beauty, talent, technique and artistic ambition in her every performance.

The beautiful dancer has not only limited herself to grooving her body in music, rather has tried her luck on television shows as well. Dancing With The Star famed artist has appeared in shows like “Australian Celebrity Survivor: Vanuatu” and “The Celebrity Apprentice Australia” among others.

With her delightful smile and deep soulful eyes, Kym Johnson came into this world on 4th of August 1976. Born and reared in Sydney, New South Wales, Australia, the future dancing started honing her skills at a very tender age of three. By the age of thirteen, she began taking classes of ballroom dancing form.

Talking about her personal life, she is currently a married woman. She walked down the aisle with the love of her life and her dancing partner Robert Herjavec on 31st of July 2016. The ceremony was held in Los Angeles. The couple announced their engagement in September 2015.

Though she is now living a serenity life, same cannot be said about her past as she had been through some broken relationships, most notably a broken engagement with popular Australian cricket player Shane Watson.

Beginning the journey of ballroom dancing at age of thirteen, Kym Johnson later became one of the most popular ballroom dancers.

Stepping into a competitive dancing world, she performed in a number of competitions and won the second position at the Australian Dancesport Championships along with partner Lithuanian Tomas Atkocevicius. The duo became finalists at Blackpool as well.

However, in 2001, she announced retirement from the competitive ballroom dance although continued dancing on stage. Since then, she has made appearances in a number of films and events including ‘Burn the Floor’ and ‘Strictly Ballroom’.

Since the year 2013, she once again joined the Australian Dancing with the Stars, but this time, as a judge.

Involved in multiple fields, Kym is expected to have bagged a huge sum of net worth till date but she is yet to disclose the fact to her fans. Her husband, on the other hand, owns two-hundred million dollars.