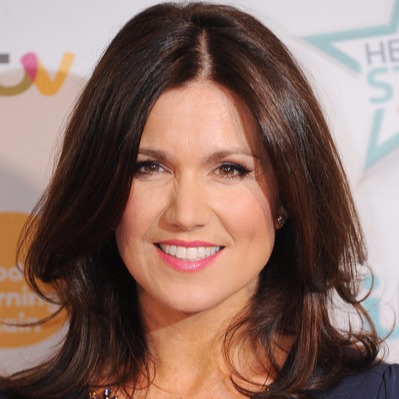 Susanna Reid is one of the famous English journalists and a host the globally recognized TV channel BBC. Her popularity comes from the BBC show BBC breakfast from 2003 to early 2014. Her efforts on the BBC breakfast show was so much appreciated that she was voted as the best and most popular breakfast host ever.

The youngest of three children’s in the Reid family, Susanna Reid was born on 10th, December 1970, in Croydon, London, England. Her birth name is Susanna Victoria Reid. She completed her school and her high school in Croham Hurst School and Croydon High School.

The beautiful English Journalist began her career at BBC Radio Bristol before becoming the reporter of Radio 5 Live. After gaining valuable experiences she then joined BBC news 24, where she would spend two years as a reporter. Through her dedication and her impressive skills in front of the camera, Reid became the reporter for Breakfast News in 1998. Reid became the presenter on the BBC news channel after she conceived for the second time.

Reid is the face of BBC breakfast. Besides that, she is one of the main presenters there, along with Bill Turnbull. The two hosted BBC Breakfast on Mondays, Tuesdays, and Wednesdays. Susanna shared the same spot with Charlie Stat presenting the program on Fridays, Saturdays, and Sundays.

Susanna wanted to expand her capabilities and stepped down from presenting Breakfast on Saturdays and Sundays in order to take a role in a new program Sunday Morning Live. Her love and commitment towards BBC were there for all to see. Her love for BBC became evident in December 2013, when rival channel ITV was attempting to lure Susanna away from BBC.

Reid rejected the move to ITV claiming that she would “bleed BBC” if cut open. ITV made another approach to sign Susanna in February 2014, with a salary of 1 million Euros. This time, though, Susanna agreed on the deal and was officially unveiled as an ITV journalist in Mach 2014.

Susanna Reid was born to father Barry Reid, who was a management consultant, and mother Sue Smith, who worked as a nurse in London. She is the youngest child of Reid family.

The beautiful Susanna Reid is now mother to her three adorable children’s. She married her sweetheart Dominic Cotton in 1998. Currently, they reside in Balham, South London. Although Dominic has a girlfriend now, he and Susanna still live under the same roof.

Susanna Reid is currently the face of ITV’s breakfast program Good Morning Britain. The 2014 Newsreader of the year award winner is approaching towards a successful career in ITV as well.