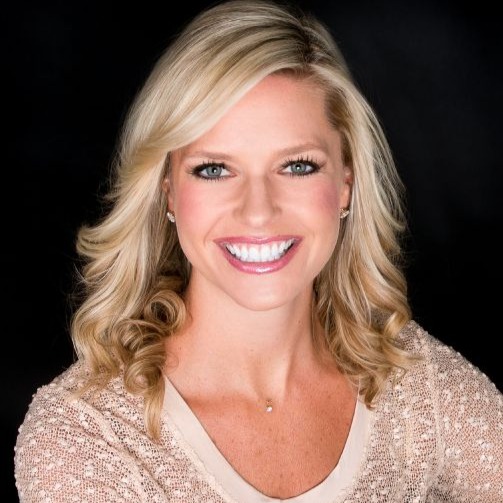 Kathryn Tappen is an American Sportscasters best known for her work with the NBC Sports Group, where she has been a part of the coverage of NHL Live, Football Night in America, and Notre Dame College football. Her charismatic looks mixed with her admirable vocabulary makes her one of the best sportscasters in the United States. Besides her vocabulary and her admirable looks she is also known for her dedication towards her profession.

Kathryn Tappen was born on April 9th, 1981, in Morristown, New Jersey. She attended Rutgers University where she achieved academic as well as athletic scholarship. She started her career in running as a freshman in order to maintain the shape of her body for other athletic activities like basketball and softball. Kathryn was destined to make a name for her in athletics, but due to the back injury that she suffered in the early years, she had to quit athletics.

Her career as a presenter and reporter began in the year 2003 when she joined CSTV, where she hosted various programs. Then to further enhance her career she moved to WJAR and worked there for almost a year and a half presenting the weekday sports report.

In the year, Tappen joined New England Sports Network (NESN). She served as a studio host for Boston Bruins games and as a lead anchor for Sports Desk. After gaining valuable experiences from NESN, she left them in 2011 to experience a new challenge in her career. That new challenge was the NHL Networks.

The 5ft 10inches sportscasters, Kathryn Tappen had the best moments of her career as a host after she joined NHL Networks. 2014 proved to be one of the testings yet a successful year for Tappen, as she went on to host the winter Olympics, Stanley Cup Playoffs, and Super Bowl XLIX.

Kathryn Tappen was born to father Richard Tappen and mother Sheila Tappen. She was raised along with her sister Amanda Tappen. Now 35, Kathryn was previously married to the defenseman of NHL, Jay Leach in 2009.

The duo dated each other for a while before finally tying the knot. However, their marriage did not last long as the couple decided to separate from each other in 2015. Since then no rumours of Tappen being romantically involved with someone else have been heard.

Kathryn Tappen, the beautiful American Sportscasters, has surely accumulated huge amounts of success from her career as a sportscaster. Now associated with NHL she is likely to accumulate an even greater amount of success in the years to come.