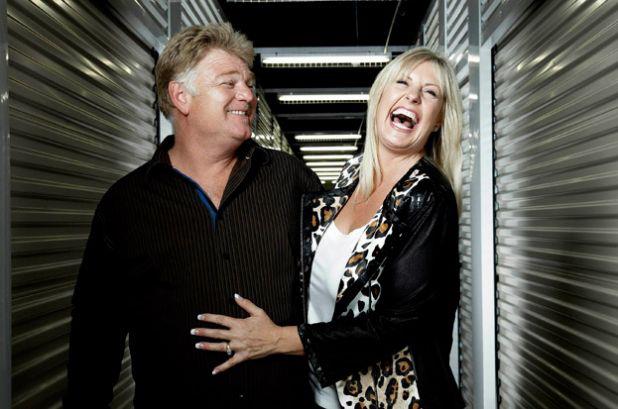 On paper, Storage Wars seems like an idea that would never work, but fortunately for the show’s producer and ensemble cast, it did. Storage Wars is an American reality television series on A&E Network that premiered on December 1, 2010, and has since completed eleven seasons.

Watching people bid on storage containers their original owners have abandoned sounds a little strange. But hey, if it can be turned into good TV content, you have hit the jackpot. It’s quite astonishing that someone even thought of making a show out of such a subject.

However, simple doesn’t always mean drama-free, and to the irritation of the show’s cast and crew, the drama is an inarguable ingredient in the Storage Wars recipe. Even though it may seem that these veteran storage hunters each play with their regulations, there are always rules to everything and Storage Wars is no exception. Here are some of the more interesting rules the cast of Storage Wars has to follow.

Well, this rule seems pretty simple. If you want something from someone, it’s best not to test one’s patience. “Don’t anger the auctioneer” is the advice of one of the most famous buyers, Barry Weiss.

Even though the show revolves around the buyers, the auctioneers can be the show’s focal point. It’s really to the buyers’ benefit to keep a healthy relationship with the auctioneers. A little respect goes a long way in this type of business.

There are always rumors about how the show is staged and lacks spontaneity. Fans of the show swear that it’s true, and a few of the cast members, including Dave Hester, have also said that they have suspicions. Well, it makes total sense from an entertainment perspective.

Imagine how boring the show would be with just the documentation of finding the abandoned treasures? There’s not much of a  “wow factor” in the units full of rusty metal rebars. Sorry to burst your bubbles, but it takes one or two lines to create a good television show.

The show is all about business. It may not come as a surprise that there is less compassion in this show compared to any other reality TV show. The concept of unpaid storage locker auctions is that people who are presumably down on their luck have their personal belongings bid on by someone else.

Imagine the scenario where an unknown individual grabs the belongings of someone who has passed away. These things aren’t taken into account while bidding for a storage unit. And at the end of the day, “It’s not personal. It’s business.”

Only Fake Fighting is Allowed in the show.

Weighing in on the staged part of the show, some of the fights are not so real. Even though fans love some heated action involving auctions, we are sorry to be the one to tell you this. Most of the fights are fake, if not all. Things can get a little heated when people bid thousands of dollars with their own money.

Once when the auctioneer, Dan Dotson, accidentally missed a bid, Dave Hester threw a punch, and a huge brawl ensued. Dave has kicked off the set, and the production halted for a day. So, it’s understandable why real fighting is not allowed.

It is kind of a weird but significant rule, not only for the show but also for real life. People on successful reality shows often have corny little catchphrases that they invented. One of the show’s veterans, Dave Hester, once sued a singer, Trey Songz, over the use of his catchphrase, “!.”

The two settled the lawsuit in 2012, but their agreement was never released. If you have some catchphrase, make sure to trademark it. Catchphrases may be silly, but they can also bring you a silly amount of money.

Which of these rules did you find strange? Let us know in the comments below.