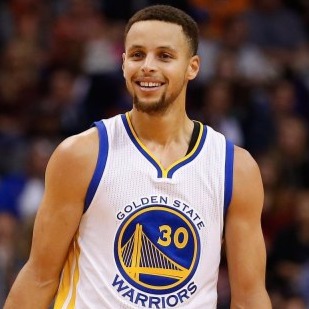 The ad released on Monday highlights the parts of Curry’s past, from, back-to-back MVP awards to Golden State Warriors loss in 2016 NBA finals.

We all know the story!

In the ad, that promotes the newest sport shoe in Curry’s sneaker line, he starts off by labeling his shortcomings – too skinny, too small, living in his dad’s shadow- and his nicknames – Chef, Magic Man, Genius – as old news but classifies falling short in Finals after holding 3-1 lead as fresh.

In the commercial, the camera cuts between young children, some with basketballs and some on bikes, and Curry, who trains in a colorful & empty gym. The Bay area young fans commenting on the Golden State Warriors player about how he’s criticized for living in his father’s shadow, being too small and then praising him for his accomplishments.

The voiceover was all about Curry listing his accomplishments and hardships and the children commenting him.

The latest is 73 wins & no ring, which Curry vows to make an old news in the commercial. Curry’s newest shoes, the Curry 3 is also featured in the ad. The new ones are pretty good and they are certainly an upgrade from Curry 2, the previous ones.

Launch of the Curry 3's

It is also a way to show that he has put the Warriors’ loss in 2016 NBA Finals behind him. With the bunch of kids providing a support, Curry seeks to “Make That Old”.

The shoe is made out of parachute fibers, that had a trademarked name, Threadborne. Under Armour also wants to rank these shoes to have an appeal beyond basketball. That is somewhat a challenge with Curry because he has ankle issues and needs to wear high-top shoes.

Though high-top shoes are fine to play basketball, low & mid-top shoes tend to sell better these days. It is the people, play or don’t play the basketball but buy the shoes that either create or break the business.

Curry said, “With my ankle history, that is not something that would make me feel that secure on the floor but I love wearing lows. I feel really free in the lows. It’s a cool way to switch it up and have a different look.”

The other thing Under Armour needs to do is figure out the ratio of those who simply want to walk around in their shoes versus who prefer to play in them.

Fans will notice that Curry 3 doesn’t have a big brand logos on the side as old versions did, leading some to wonder if Under Armour is following Adidas, which has not been afraid of minimizing the 3 stripes on its shoes.

Stephen Curry is no longer an underdog, & neither is Under Armour that should do slightly less than five billion dollars in business in 2016. It is the challenge, for both of them.