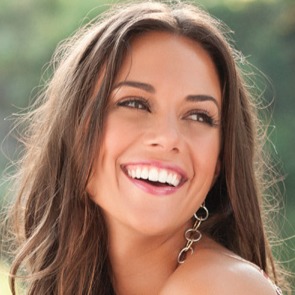 Jana Kramer is an actress by profession who is widely recognized for her role as Ale Dupre in the famous American television series One Tree Hill. Besides, Jana is also a competent singer who frequently performs at various events around the United States. Jana Kramer is also famous for her impeccable beauty and perfect body measurements.

Jana Kramer, born in Michigan, went to Rochester Adams High School for her early education life. After the graduation from high school, it seems Jana hasn’t been associated to any of the universities or colleges.

The 32 years old Jana Kramer stepped into the world of filmography almost 14 years ago. In her first 2002 film, she did the role of Alice St. James for the movie Dead/Undead. To follow up, Jana appeared in two movies and a television series in 2003. The films were The Passage and Blood Games and the television series was All My Children. Her role in the series is not known to the media.

After that, Jana has been into movies until 2012 only. Bar Starz, The Poker Club, Laid to Rest, Spring Breakdown and Heart of the Country are her latest movies for the Hollywood industry. Since 2012, Jana has only been focusing on her television career. In 2013 and 2016, she appeared in the shows Dance Moms and Dancing with the Stars, respectively.

Jana Kramer has made a lot of money from her career to fulfill her desires for fancy clothes and accessories.

Jana Kramer was born on December 2, 1983, to Martin Kramer and Nora Kramer. Her parents have always been supportive of her acting, singing and dancing career.She grew up with one older brother named Steve. He is a police officer for the federal government.

In 2004, Jana married Michael Gambino. Mysteriously, the couple separated from each other the same year.

Then, in 2010, she settled down with Jonathon Schaech. The marriage ended in 2012. Last year, Jana married Mike Caussin. With Mike, she has a baby named Jolie Rae Caussin.

In 2016, Jana Kramer appeared as the celebrity contestant in Dancing with the Stars. Likewise, she has been nominated for several awards this year.

In 2013, Jana Kramer won the ACM Awards for the category of Top New Female Artist. Besides, she has been nominated for CMT Music Awards and American Country Awards in the course of her hectic life.