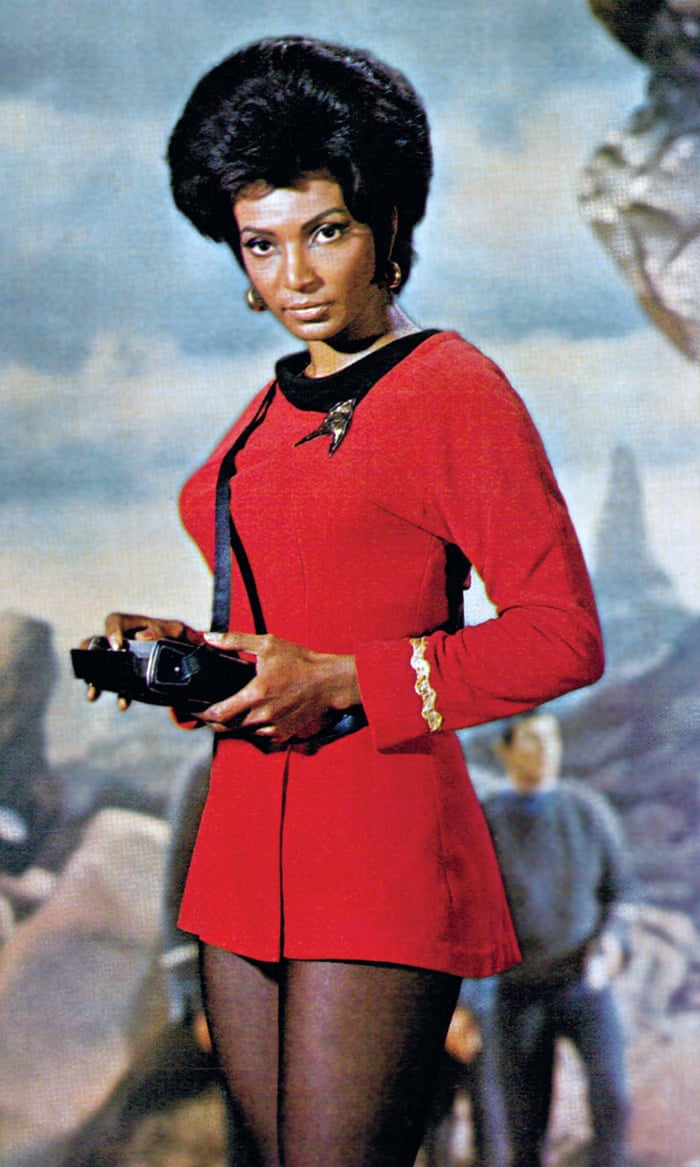 Lieutenant Uhura, played by American actress Nichelle Nichols was a significant figure in the racial diversity and equality depicted among the StarShip Enterprise crew. Nichols and Uhura’s legacy can be seen in the real world! Even today, Nichelle continues to be one of the most popular characters on Star Trek.

She started performing in several musicals in the early 60s. She studied dance at the Chicago Ballet Academy and aspired to perform on Broadway. African-American singers Eartha Kitt and Mahalia Jackson inspired Nichols.

Grace Dell Nichols was born on December 28, 1932, in Robbins, Illinois. Moreover, Nichelle Nicholas was born to Samuel Earl Nichols, a factory worker turned town mayor and chief magistrate, and Lishia Nichols. Later, her family moved to Chicago, and she began singing and acting.

She performed with the Lionel Hampton Orchestra and Duke Ellington Orchestra and made her film debut with Porgy and Bess in her early days. She starred in several musicals, including The Roar of the Greasepaint-The Smell of the Crowd, and was praised for her Blues for Mister Charlie performance.

Nichols also began to work in television, starting with a guest role on the series, The Lieutenant in 1964. Her relationship with the series’ director, Gene Roddenberry, would lead to her most famous role, Lieutenant Uhura in Star Trek.

Nichelle Nichols became one of the first black women featured in a major TV series. After the first season, Nichelle tried to leave the series but was convinced by Martin Luther King Jr. to stay. She said about how King Luther Jr. showed up as her “honest fan” and convinced her to continue with the series,

“I thought it was a Trekkie, and so I said, ‘Sure.’ I looked across the room, and there was Dr. Martin Luther King walking towards me with this big grin on his face. He reached out to me and said, ‘Yes, Ms. Nichols, I am your greatest fan.’ He said that Star Trek was the only show that he, and his wife Coretta, would allow their three little children to stay up and watch. [She told King about her plans to leave the series.] I never got to tell him why, because he said, ‘You can’t. You’re part of history.”

The show ended airing for three seasons (1966-1969). Nichols has chronicled her experiences in her 1994 autobiography, Beyond Uhura, Star Trek and Other Memories.

Nichols made a guest appearance in Star Trek: The Animated Series and has starred in six Star Trek films, with the last one being Star Trek VI: The Undiscovered Country. Besides Star Trek, she has appeared in movies like Doctor, You’ve Got to Be Kidding!, Truck Turner, Snow Dogs, Lady Magdalene’s, etc.

Nichelle made an affiliation with NASA and ran the Women in Motion campaign, which became a huge success. She also volunteered her time on a unique project with NASA.

Nichols was romantically involved with Star Trek director Gene Roddenberry for several years in the 60s. She wrote a song, Gene, for him and sang at his funeral in 1991. She got married to dancer Foster Johnson in 1951 and welcomed a son, Kyle Johnson (now an actor). They divorced the same year.

She was married to Duke Mondy from 1968 to 1972. Former President Barack Obama had a crush on her when he was young.

Present Condition and Net Worth

Nichols suffered a mild stroke in 2015, and in 2018, her son Kyle announced that she has been suffering from short-term memory loss as a complication of advanced dementia.

Nichelle Nichols owns an estimated net worth of $8 million throughout the years.

May God bless you, Nichelle!