What is Star Trek’s counselor Deanna Troi doing in 2018? Where is Marina Sirtis? 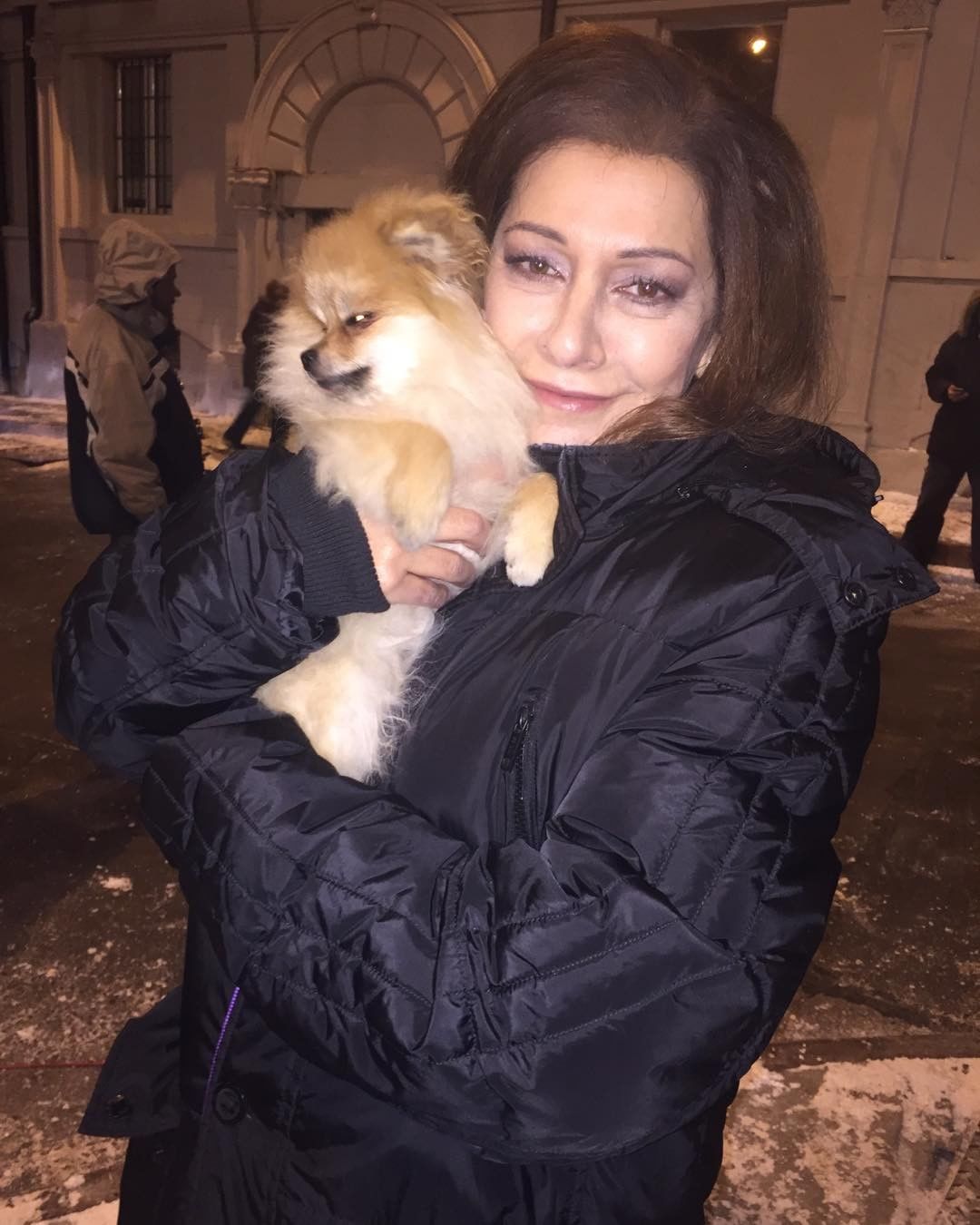 One of the greatest sci-fi series of all time; Star Trek: The Next Generation has not only revolutionized the TV series industry but also produced some of the iconic character and names that will forever stay in our heart.

The half betazoid and half human character of Deanna Troi portrayed by the British-American actress Marina Sirtis, was appreciated by a large number of the audience throughout the world. Although Deanna Troi character was supposed to vanish right after the first season, the booming popularity of her compassionate and skewed demeanor in the audience eye allowed her to capture the entire project from 1987 to 1994 playing the character of the enterprise counselor in 176 episodes.

If you are a fan of the popular personality behind the Counselor of the enterprise, then you might be eager to know what has happened to your icon after the show was terminated in 1993. If that’s the case, then you are absolutely right place. This article will provide you entire life history and happening in the theatrical life of  Marina Sirtis after the year 1993.

Right after Star Trek: The Next Generation ended, Marina got the opportunity to be the voice for a demon character in Disney’s Gargoyles. The character became an instant hit and Marina garnered critical acclaim from critics as well as the audience. She voiced the character, Demona from 1994 to 1996.

In the year 1996, Marina was back to the big screen playing the role of Detective Inspector walker in the child-centric SC Fi movie, Gadgetman. Although the role of Marina Sirtis was highly praised by critics, the poorly executed screenplay and blatant storyline made it a super flop.

In 1997, Marina continued her voice over works as a guest voice in the fourth season of the animated adult sitcom, Duckman as the character Aurora Abromowitz.

Marina’s involved herself in the final season of Gene Roddenberry’s another creation ‘Earth: Final Conflict’ in 1999, which revolves around the protection of the human race from enemies on earth.

The same year, Marina was featured in Jorge Montesi’s directorial venture, The Outer Limits, with an appearance in the show’s fifth season as Olivia Liv Kohler, the wife of High secretary Paul.

The year 1999 had also been a treat to Star Trek fans, as she reprised her role in the next Star Trek franchise, ‘The Star Trek voyager.’

In 2000, Marina continued her role as a Counsellor for Star Trek Voyager in the Episode ‘The insider,’ which was directed by Allan Kroeker.

As Dr. Svetlana Markova, a Russian envoy who was assigned a task to determine the reason behind the failure of deactivating Giza stargate in the series Stargate episode ‘Watergate’ and ‘Outbreak’ broadcasted in the year 2000, Maria won the heart of millions of people with her robust physical appearance and scintillating performance.

The only appearance of 2001 for Marina had been in the role of Jane Taylor, MP for the UK medical drama ‘Casualty’.

Marina played a role of Dr.Nabila Hassan for US television series, ‘Threat Matrix’ which revolves around the activities performed by the anti-terrorism unit to safeguard the country from terrorists. This drama series only lasted for a single season.

Marina later returned to her Voiceover roots in 2005 for the American animated series, Family Guy.

Marina was also featured as Layla Mortar in the episode ‘LA woman’ for the American television series, The Closer.

2005 saw Marina in yet another Star Trek franchise, ‘Star Trek enterprise’ reprising her role in the episode, ‘These are the voyages.’

The year 2006 exclusively featured Marina in two TV series. She played the role of ‘Alexas Sores’ in the fifth season of ‘Without a trace’, and as a ‘Gina Richards’ in the family drama TV series, Girlfriends.

After a long year, Marina got the opportunity to play the lead role of Queen Wealtheow in the action-fantasy TV film, ‘Grendel’ in 2007.

In the same year, she continued her voice over recording fantasy by involving herself in the popular video game project, ‘Mass effect’ as the character Matriarch Benezia.

In the year 2009, She was characterized as Paxton in yet another Nick Lyon directorial film, ‘Annihilation Earth.’

She took three other projects in the same year; The Cleveland show, Green street 3 and Three Rivers.

While in 2010, she portrayed the role of Dr. Anna kleister for the American comedy-drama, ‘Make it or Break it’ for the first season of the show.

From 2010 to 2012 Marina played the role of Sonya Amin in the popular medical-drama series, Grey’s Anatomy.

In the year 2013, Marina took three projects side by side. First, she provided her voice for a fan-created web series, ‘Star Trek continues’. Second, she gave a voice recording in the animated series ‘Adventure Time’ for the character Samantha which is an anthropomorphic dog that appears in the episode ‘The Pit’.

Marina later appeared in the police procedural drama series, NCIS, portraying the role of Mossad director Orli Elbaz from 2013 to 2016.

She also reprised her role in the video game ‘XCOM 2: War of the Chosen’ as Elena Dragunova last year.

As for 2018, she will be back as Queen Bee in the animated series, Young Justice.