SSSniperwolf and boyfriend Sausage broke up after dating for 3 years 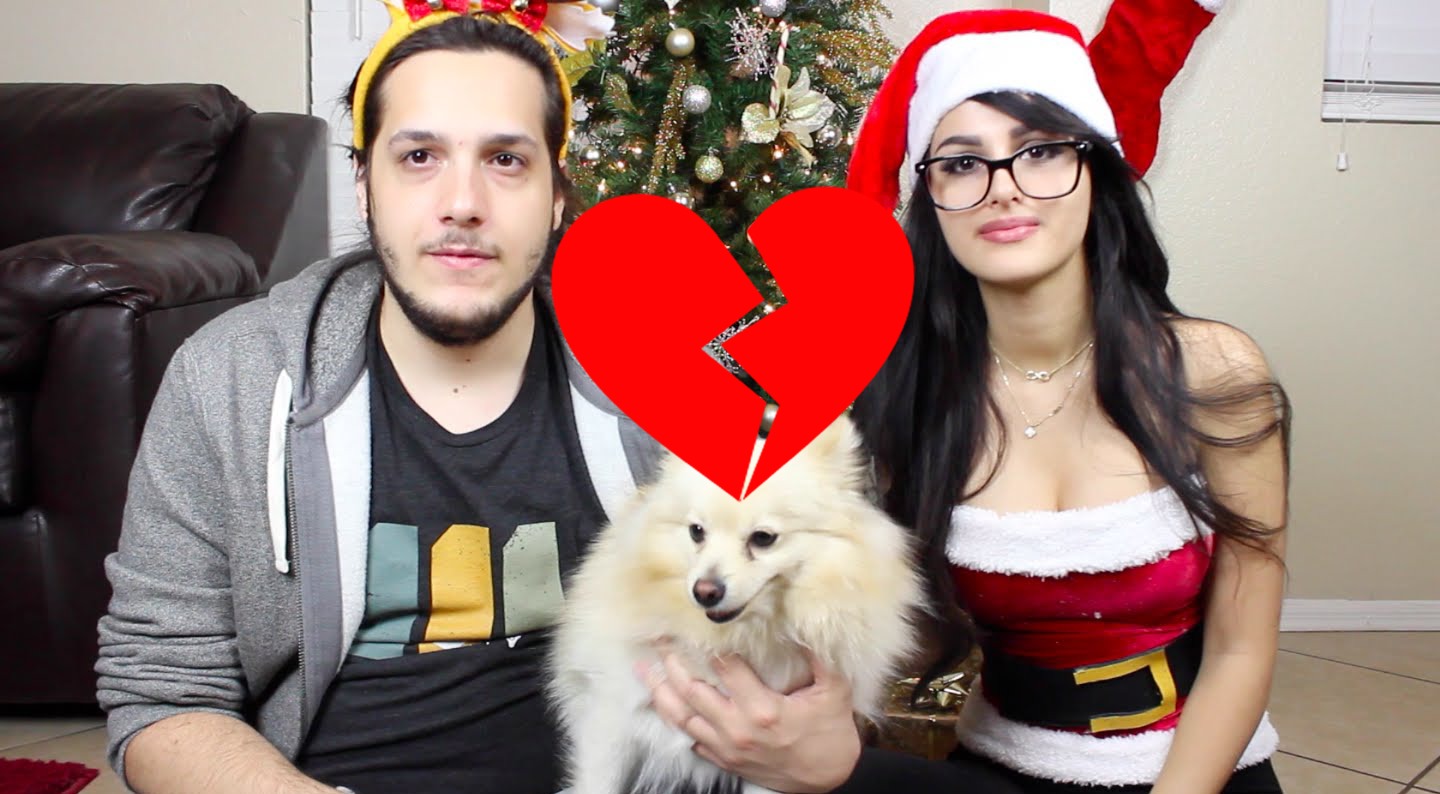 SSSniperwolf confirmed that she has broken up with boyfriend Evan Sausage in one of her YouTube videos in 2016. The couple started dating in 2013 and quickly became popular among fans with their collaborative videos.

It’s been nearly a year since they last appeared in a video together. As people have been familiar with their drama for a few years, they are still not ready to believe that the adorable pair has separated.

SSSniperwolf has shared in one of her videos that she met her ex-boyfriend on YouTube in early 2013. They started talking to one another when Sausage sent her a funny message. Within days, they exchanged contact numbers and then started communicating all day long through Skype and text messages.

When I first saw him he was super cute, super good looking, like a curious boy I ever saw. I was so happy. I went up to him and tried to hug him. And he went away from me. He was like scared because he never had a girlfriend or female friend or anything. And flying across the country to meet someone you met online, it’s pretty scary.

SSSnipperwolf has also said that Evan was actually her type with long hair and beard. After going on and off for several months, the couple finally bought a house and moved there. Sausage, who had never been close with any woman, didn’t appear in her videos for a while. But the couple quickly became a fan favorite when they started appearing in one another’s videos. 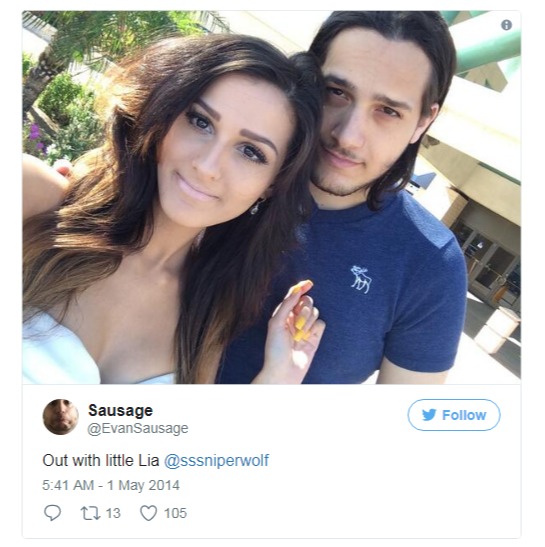 The couple, who were likely to get married, shocked fans with their break-up news. According to her video, We Broke Up the two had a dramatic fallout with Sausage fleeing to Vegas and remaining contact less with her for days. Reportedly, they got back together for a while as she has said in her video How We Got Back Together.

She is supposedly single at present. They have remained friends for a year now and their engagement in one another’s twitter is a proof.

SSSniperwolf was born on October 22, 1992, in England and moved to America at age 6. A video game fanatic since a young age, she adopted her name SSSniperwolf from a character of the video game Metal Gear Solid. 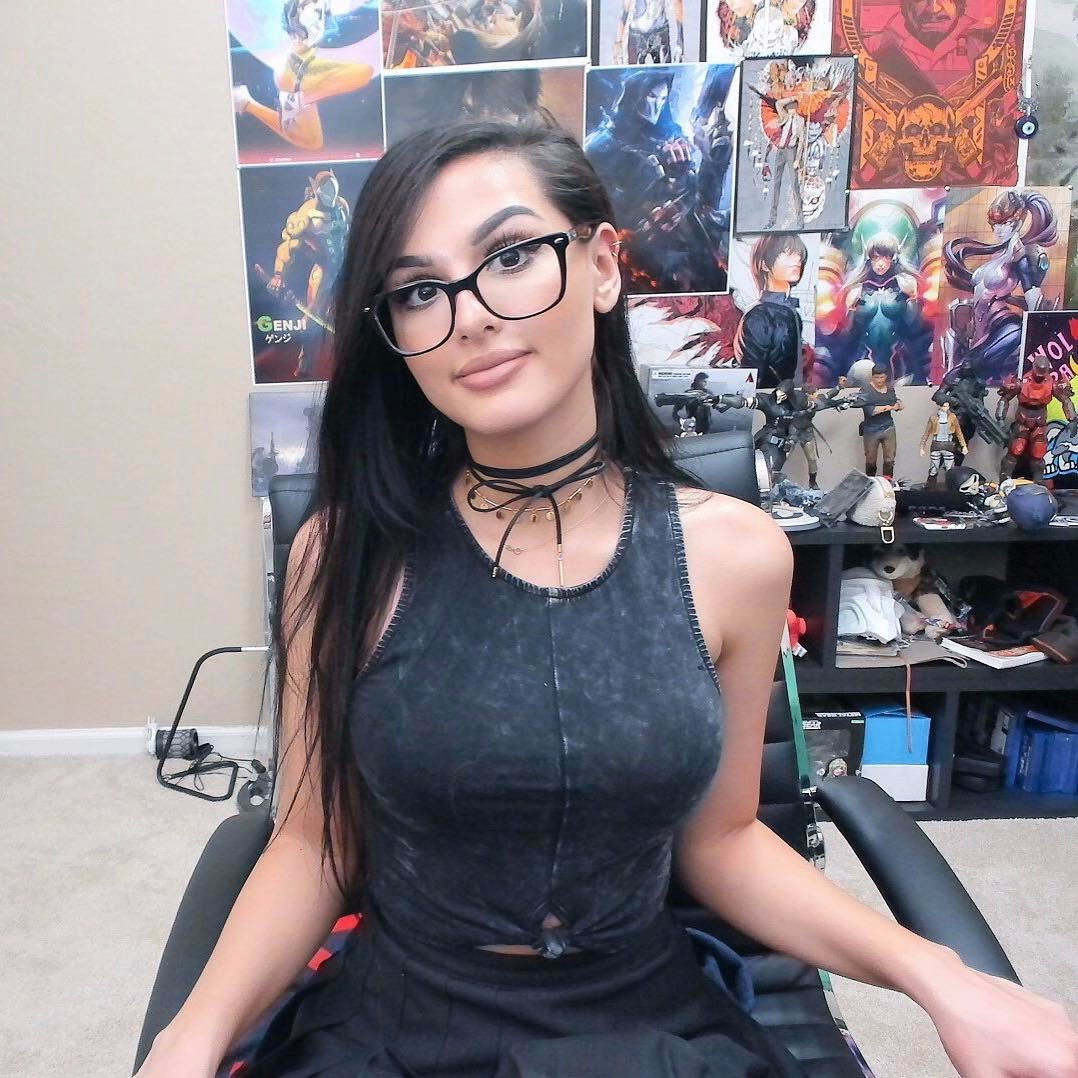 She is a popular YouTube gamer, who specializes in Call of Duty gameplay videos. As of July 2017, she has earned 5.8 million subscribers on her self-titled YouTube channel, which she started in January 2013.

She started her second channel LittleLiaWolf in 2014, where she specializes in DIY video advice to fans. She has over 2 million followers on Instagram.