Are singer Roshon Fegan and model girlfriend Camia Marie still together? Check out his latest song 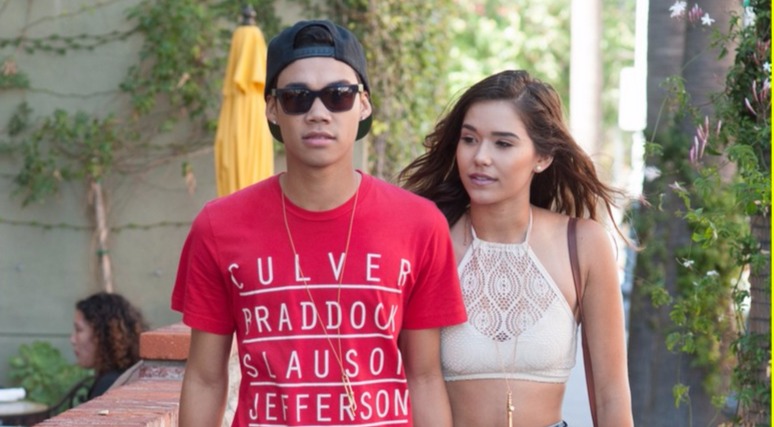 Roshon Fegan, mixed ethnicity singer, actor and songwriter, was dating model Camia Marie. Although their relationship status has not made headlines, it is possible that the couple has ended their commitment to each other.

In April 2014, Roshon Fegan was publicly photographed with girlfriend Camia Marie. The handsome singer and his model girlfriend were out an about in Los Angeles: holding hands before the media before grabbing a Saturday afternoon lunch. This led his fans to speculate that the two were in a committed relationship.

In addition, Camia had taken it to Instagram that she loved Roshon so much that she could eat him.

The couple seemed so much in love. They were absolutely magnificent together – if you take our word for it. Both sharing taste for creativity and fashion!

Is it possible that Roshon has got increasingly self- centered to not entertain his girlfriend’s snaps on his Instagram or Twitter? Because if it is the other way around and the couple has actually called it off, hearts that adored them together will in pieces.

Roshon had previously dated Caroline Sunshine, Chelsie Kay Hightower and Anna Maria. All of them were either talented dancers or passionate about theater and acting. It was the first time that Roshon dated a full-time model.

Seven weeks ago, Roshon captioned “need this” to a snap of couples holding hands. Does this mean he is single again? It certainly is a good news to all single girls who had a celebrity crush on the incredible singer.

Camia seems to have moved on. At least her social media confirm that she is quite happy with her new “king”- Rome Trumain. She has a thriving modelling career and is busily engaged with her new family addition- her adorable daughter.

so proud of my king , man! he shooting a Lexus campaign today #ManyMoreBlessingsToComeBaby! you deserve it pic.twitter.com/TcA3FUsMkt

Similarly, Roshon’s recent social media updates show minimal signs of a new romantic involvement. His updates are usually of himself looking stunning as ever. Also, he seems increasingly consumed with concert commitments and new album releases.

After all, a break up should not stop an artist from practicing his craft! Roshon obviously started his career before he met his ex. He is still a rockstar! Check out the music video for Roshon Fegan’s latest song, So Bad.