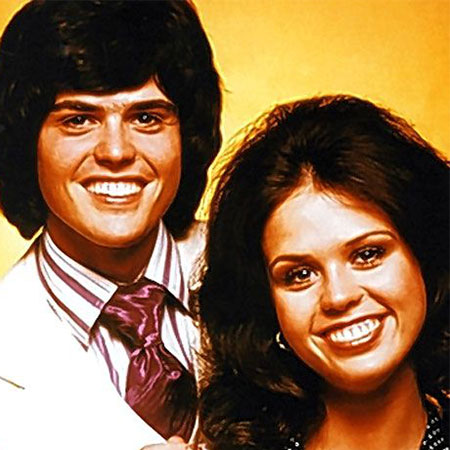 One of the renowned celebrity families in the world, The Osmonds have been enjoying immense fame in show business for over four decades. Starting as a relatively low-profile barbershop quartet, they have come a long way. The group started with Wayne, Merrill, Alan and Jay, who Donny and Jimmy later joined. The siblings later went on to be renowned as The Osmonds pop band.

Later, Donny and their only sister, Marie, ventured into TV with a variety show aptly titled Donny and Marie, from 1976 to 1979. The brother and sister duo still performs on different occasions.

Leading a life in the limelight for more than four decades, positive or negative secrets tend to come up during family reunions and run-ins. The family has tried their best to suppress some mishaps in their lives, but the truth always finds a way to reveal itself. Here are some of the Osmond family secrets you may not know about.

We hear many stories of actors gaining or losing weight and all that just for a role. However, Marie’s case was a bit different and, to be honest, the worst. She was only fifteen when she was offered her TV show.

The show came with both blessings and hard times. The producers on the show repeatedly harassed Marie, compelling her to lose weight. She reported that the producers said she was obese, disgusting, and a disgrace to the family.

Marie Osmond’s bio: Everything about her, from her career to personal life details

They even threatened to cancel the show if she didn’t oblige. She shrunk from 103 to 97 pounds without even eating a single calorie. Further, she followed a strict diet plan and shed off dozens of pounds to become fit for television. The state was a gruesome experience for Marie, bringing along several health issues.

The then teen pop sensation Donny Osmond and the King of Pop, Michael Jackson, were really good friends and often hung out together. Many songs written for the Jackson 5 were given to the Osmonds and vice versa. Not only were Donny and MJ friends, but both artists were also very close with Prince.

The Osmonds started in Disneyland

Originally from Ogden, Utah, The Osmond family didn’t have much opportunity to sign a record label there. So, the family headed to LA, trying to meet record executives and land a major record deal. However, on the day they were supposed to meet with a record manager, the meeting got postponed due to his busy schedule.

So, father George took the family to Disneyland, where they performed with The Dapper Dans, a Disney barbershop quartet, and attracted a large crowd. Among the audience was Tommy Walker, the director of guest relations at the park, who approached the kids to sing in Disneyland after dark the same night. The place, considered the happiest place on Earth, brought fortune into their lives.

The Osmonds and their charities

The Osmond family knows their roots. The family has repeatedly stated that ‘the church is one of the most important things in their life and their generosity is reflected in their actions.

10% of the family’s earnings always go to their church, which helps many Christians around the globe. Donny runs the Osmond Foundation for the Children of the World, and Marie plays a significant part in the Children’s Miracle Network.

Made No Money from record sales

The Osmond family sold more than 100 million records all across the world. However, the money they made from record sales was practically null. Because Jimmy Osmond was the UK’s youngest ever no. 1 performer, you’d imagine he made a huge fortune from the millions of album sales. Jimmy has acknowledged that the show business is not fair. He claimed,

We sold 100 million records, and the money we made on record sales is peanuts.

However, the family collected around $80 million from live performances, movies and TV shows they were in. Which of the facts mentioned earlier about the Osmonds did you find surprising? Tell us in the comments.