Skip to content
Home » Entertainment » Who are Alaskan Bush People dating behind the camera? 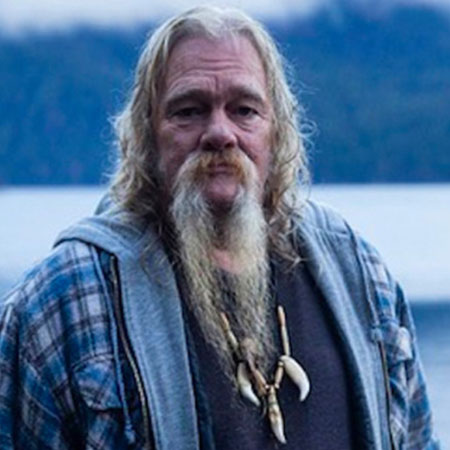 While reality shows cast grown-up stars and claims to document every aspect of their lives, things might not appear the same as promised. Different parts of their lives are hidden behind the camera, including their personal lives. Things are going the same way in Alaskan Bush People, one of the controversial yet fan-favorite shows on TV.

There’ve been many speculations that they live completely different lives in and out of the bush. Maybe they want some privacy too. But, cheating the audience while documenting fake stories on screen, claiming it to be their real-life is, of course, inexcusable.

For years, there have been numerous claims that the Brown family is faking their relationships to draw the attention of fans. So, what do the Alaskan bush people’s dating lives, in reality, really look like? Let’s find out.

The eldest of the Brown siblings, Matt Brown, appears more suspicious to fans regarding his personal life. Rumors have it that he’s not just married but is also a father of two. Some have even speculated that the kids claimed to be of Matt were actually from one of his ex-girlfriends named Heather.

Hey, wait, there’s more! He was once caught wearing a wedding ring while filming parts of the show. Of course, fans aren’t satisfied with this hide-and-seek gameplay, Matt!

What do you find unreal in the so-called reality series, Alaskan Bush People? Share your thoughts in the comments.

On Valentine’s Day this year, Gabe’s younger sister, Rain Brown, made her elder brother’s relationship official on Instagram. She shocked the world after releasing the loved-up picture of Gabe and her good friend, Raquell Rose.

Following the incident, Gabe couldn’t be secretive about his love life anymore and shared a picture of a pair of hands with a lovable caption, “Some feelings can’t be described with words,” and a “couple heart” emoji. We wish nothing but happiness for the couple.

Joshua Brown “aka” Bam Bam Brown, kept his relationship private for about a year until coming up with the truth in November 2017. To everyone’s surprise, Bam Bam’s love interest happened to be one of the production crew members of the show.

Discovery Channel hired Allison Kagan to work behind the scenes for the show. Though they have been pretty upfront about their relationship on social media, she didn’t appear in the family’s Christmas special, which aired a month after they finally confirmed their romance to the public.

Noah Brown has been caught in controversies, mostly off the cameras. But, when it comes to dating, Noah has done much of it in front of the cameras.

Now, he is set to tie the knot with his fiancee, Rhian Alisha, with whom he moved away from the family amidst his mother’s health issues. Remember the actress Karryna Kauffman, who dated in the past season of Alaskan Bush People? Fans believe that she was hired for the storyline.

The youngest family member, Rain Brown, seems pretty much open about her life. But, that doesn’t seem to be the case regarding her relationship. The 15-year-old was the subject of rumors a few months back when she posted a snap on Instagram with the caption,

Sometimes all it takes is one special person, and suddenly the world doesn’t seem so bad anymore.

The post built suspicions on not only people regarding her love life but also questions regarding her sexuality. Well, it wasn’t the only time Rain fell victim to public chit-chats. Her mysterious captions on several social media posts have fueled the rumors even more. Perhaps, she is trying to keep her life private from prying eyes.