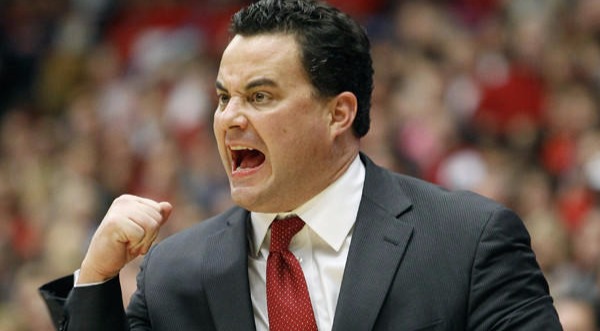 Sean Miller may have earned popularity when he coached Xavier to the tournament 4-years in a row, but what really kept him going is his association with Arizona. Considered as the best three-point shooter in Pitt basketball history, Sean Miller is an American basketball coach, currently mentoring for the University of Arizona Wildcats.

Sean coached the Wildcats and led them to 21-games win streak, a ranking which was as high as number two in the AP Top 25 during the season & was number one March Madness seed in the west region.

Sean has also achieved two Elite Eight tournament presence in his tenancy at Arizona & his 113 wins in just four years is the 2nd best in team history. In 2011 and 2014, Sean coached Wildcats to regular season tournaments & was named ‘Coach of the Year’.

Best known for his ‘A Player’s Program’ philosophy below is the three specific coaching techniques of Sean Miller:

1. Honoring the past coaches and player who laid the groundwork.

2. Attracting a high-level prospective student-athletes who will embrace the challenge of building on the program’s storied tradition.

3. Ensuring that the current student-athletes have the best opportunities and means to maximize their potential.

As we know, a successful college basketball program can bring millions of dollar worth of revenue to a college. And in order to have a leading basketball team which is immensely successful both in the bank and on the court, you need loose some hefty money on a great coach.

And our Sean Miller is one of the world best-known coaches of all time. So, how rich is Sean Miller?

According to our sources, University of Arizona has a five-year contract with Sean Miller that pays him a whopping salary of $2.5 million per year with a million dollar signing bonus.

Sean Miller and his long-term wife are high-school sweetums

Almost thirty years back at BlackHawk High School in Pennsylvania, Sean Miller encountered Amy for the first time. At the time he was a sophomore transfer student and she was a cheerleader. Instantly the two hit it off, dated briefly and ultimately got married in 1993.

Together Sean and Amy have three handsome sons, Austin, Cameron & Braden, who are already a teenager now. And after all these wonderful years of togetherness, Amy has already ditched her high school cheerleading uniform, but she still cheers for Sean via social media, especially Twitter.