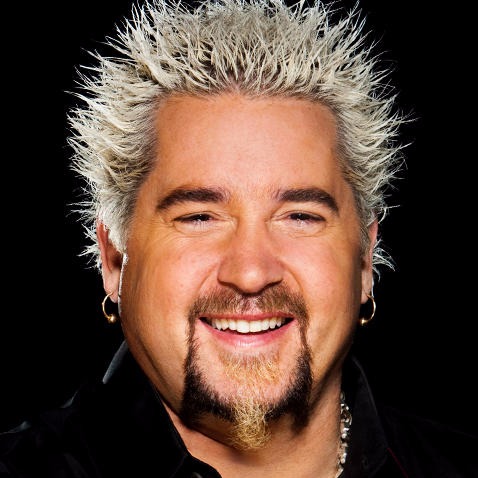 Guy Fieri is a professional restaurateur who is famous for his cookbooks and incredible cooking style. He is a connoisseur of food.

Guy Fieri was born on January 22, 1968, in Columbus, Ohio, Unites States. He is 48 years’ old now and is married with two children. Lori Fieri is his beautiful wife and Hunter Fieri and Ryder Fieri are his sons. The couple has given interesting names to their children.

Guy Fieri was raised in the suburbs of Humboldt County, California by Penny Anne and Lewis James Ferry. As a high schooler, he had been to France for student exchange where he found his passion for food and cooking.

Guy Fieri career’s talk always starts with his incredible history as a restaurateur. In fact, he has written several recipe books as well for the beginner level cooks to the professional ones.

“Diners, Drive-ins, and Dives: An All-American Road Trip … with Recipes!.”, “More Diners, Drive-ins and Dives: Another Drop-Top Culinary Cruise Through America's Finest and Funkiest.” and “Guy Fieri Food: Cookin' It, Livin' It, Lovin' It.” are some of his famous cookbooks.

Guy Fieri has around 17 tattoos on his body. The tattoos come from around the world – from the Asian greeting ‘Namaste’ to the African style traditional tattoos. He has those incredible-looking creations on his arms, legs, back and chest.

Guy has a tattoo of Botticelli Birth of Venus on his left arm. To show off those tattoos, Fieri likes to get shirtless sometimes. To talk about his shirts, they are particularly unique compared to any other shirts in the market.

Guy Fieri is worth more than $8.5 million according to The Celebrity Net Worth. Undoubtedly, his career as a restaurateur has paid him a lot of money. Consequently, his net worth has given him the utmost affordability to buy and collect new cars in his garage.

Before talking about his cars, we should know that his favorite colour is yellow. And, of course, all of his rides are yellow. His garage flaunts the expensive cars such as Mustang, Ferrari, Hummer and an antique Mini Cooper. Moreover, he has a Jeep and a monster truck as well.

His garage looks astounding filled with these awesome cars.