So cute! Sasha Farber proposed Emma Slater on “Dancing With the Stars” stage 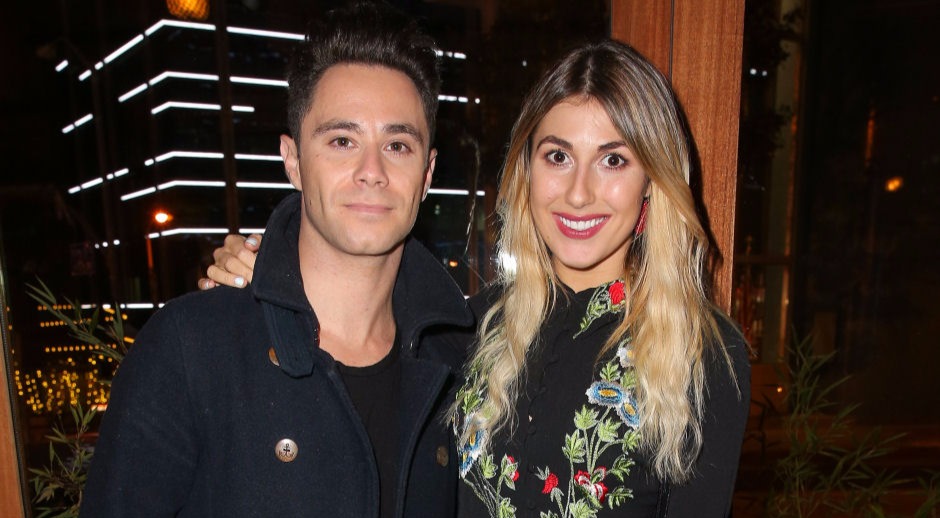 The pair performed a contemporary routine of Bruno Mars’ hit romantic number Just the Way You Are, which initially seemed like a routine filler as audiences waited for the end results.

Now this was a show! And this is a beautiful couple! Thank you @sashafarber & @EmmaSlaterDance for sharing this moment with us! #DWTS pic.twitter.com/DRWSo2gsOk

“And Sasha, I always thought you had the potential to host. So I’m going to give the show over to you”, Tom said. While Emma looked confused and shocked, what so cute happened there was Sasha took both her hands & turned her to face straight at him.

Excitingly and lovingly amongst the mass of audiences, Sasha delivered some thoughtful words from his heart as: “Babe, I’ve wanted to do this for such a long time”. As the audiences screamed in joy, he continued, “I love you so, so much”.

Barely able to conceal her shock and excitement, Emma replied, “I love you!”

Adding a cherry to the cake, Sasha fumbled in his pocket, finally pulled out a ring box and getting down on a knee he asked her, “Will you marry?”

Shyly she replied, “Yes!” as he leaped up and planted a kiss on her lips, while the message, “she said Yes!” appeared in giant letters behind the couple.

I will never forget this moment, the best day of my life. I'm engaged to @sashafarber1!!!!!! @dancingabc

Afterward, Derek Hough became the first to rush up the stage and congratulate them, with other pro dancers and contestants soon joining. When the camera cut to judges’ table, Julianne Hough was seen wiping the tears, and co-host Erin Andrews later admitted that Julianne was “balling” during the whole event.

Shortly after the on-air proposal, many showcasts used social media to express congratulations for the pair.

And, Tom pointing behind the sign behind the couple, he jokingly announced, “Sasha just proposed to Emma and thankfully she said yes! Thankfully because we didn’t have a graphic for the other option”.

We're dancing with excitement! Congrats to our #DWTS pros @EmmaSlaterDance and @SashaFarber on their engagement! pic.twitter.com/ULYUaP6HeR

Tuesday night’s episode became more special with the sweet proposal than the double elimination as Slater and her partner former Texas governor Rick Perry were eliminated last week, but Emma was on set to perform contemporary form with Sasha.

Sasha had more good news as he’s sent through to the next round with his pro partner Terra Jole. But perhaps, Emma is out of the competition this season. However, at least she gets the ring as sparkly as the mirror ball trophy to take home.