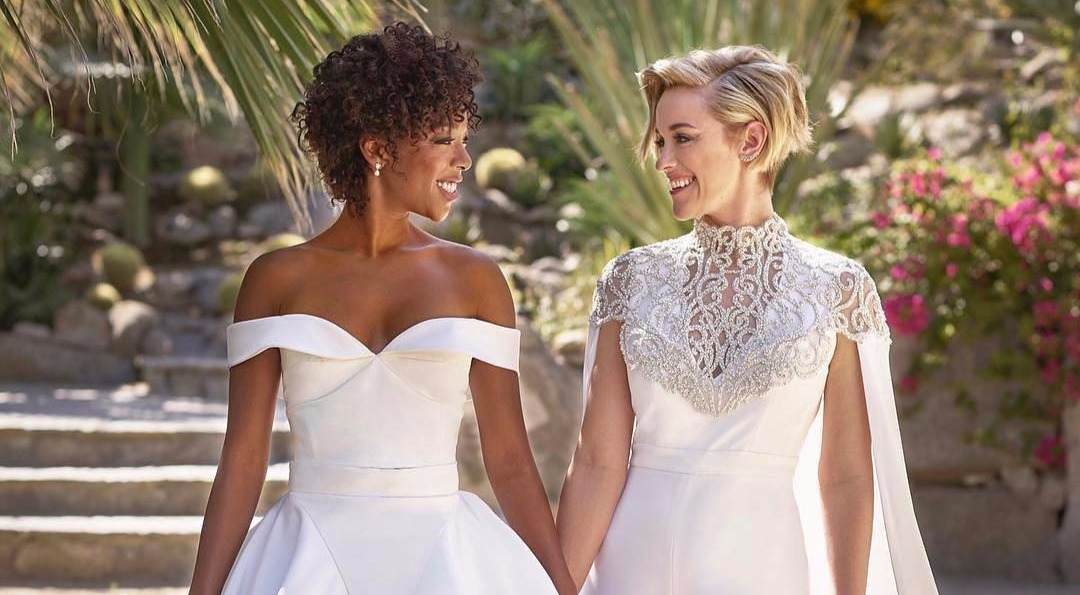 Morelli was married at the time to a man and beginning to question her sexuality. The growing friendship between Morelli and Wiley helped Morelli realize her feelings. They officially began dating in 2014 and two years later, Morelli got down on one knee to propose to her actress girlfriend.

The wedding was officiated by Wiley’s Baptist-minister parents and OITNB co-star Danielle Brooks sang I Choose You by Sara Bareilles as the brides walked arm in arm down the aisle.