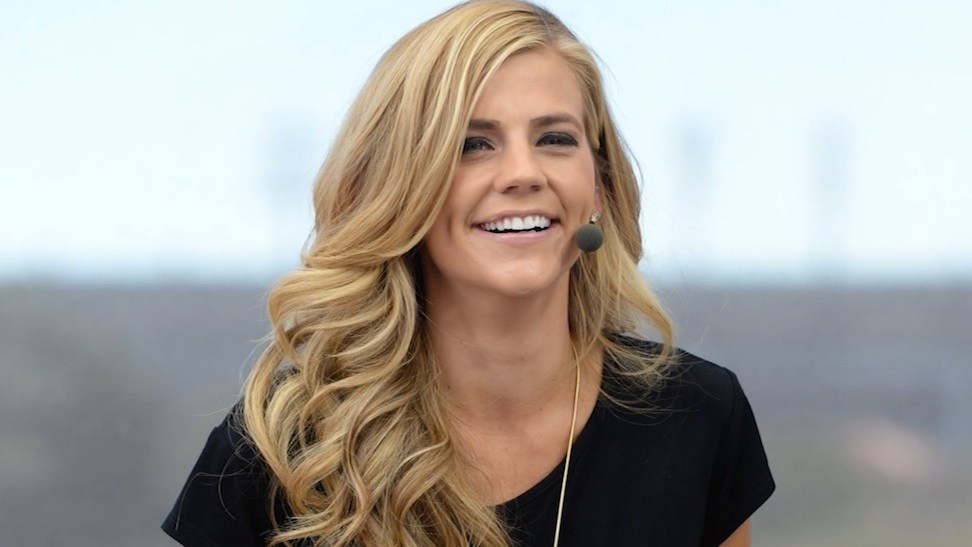 On December 11, 1985, she was born in Phoenix, Arizona, to Jerry Steele and Cindi Steele. Her father was a basketball player. Perhaps, her passion for sports journalism evolved from her father’s career.

She attended Central High School in Phoenix and then went to The King’s College in New York City. While in NYC, she applied for a job as a hostess at ESPN Zone, where she met a college football researcher and manager with ABC Sports Radio, Ben Keeperman, who helped her land an internship at the network.

Later, she got the job of researcher-assistant on ABC TV on the college football studio show.  She transferred to the Liberty University after the university’s senior sports producer Bruce Carey offered her a job as a sideline reporter for the Liberty Flames sports television network.

After graduating from Liberty in 2009, she worked for Fox Sports Net and Fox College Sports as a sideline reporter for Pac-10 and Big 12 college football and basketball games. ESPN’s Longhorn Network hired Sam as a sideline reporter on July 7, 2011. Moreover, Ponder, Lowell Galindo and Kevin Dunn were the first three talents hired by the newly created network.

Ponder later relocated to Austin, Texas. In August 2015, she announced that she wouldn’t be working as a sideline reporter for ESPN to spend more time with her family. She worked on College Gameday as a sideline reporter, among other positions, before transitioning in 2017 into her current work as the host of Sunday NFL Countdown.

In October 2017, ESPN canceled Barstool Van Talk after a single episode. The Sunday NFL Countdown host was claimed to be the catalyst behind the demise of the talk show. She brought an explicit David Portnoy (Barstool founder) 2014 blog post and rant mentioning her through a cold welcome to her new colleague, Dan “Big Cat” Katz, on Twitter. Then-president of ESPN, John Skipper, decided to pull the plug on the ESPN-Barstool partnership.

Later, Pontroy called Ponder cancer spreading and infecting the network. Then, she defended herself through a series of Instagram stories stating that she didn’t want Van Talk to be canceled. And that she had been willing to appear on the show to discuss her issues.

Portnoy responded with a lengthy post titled In The Face Of Plunging Ratings And Unheard of Unpopularity Sam Ponder Has Resorted To Flat Out Lying About Barstool Sports To Save Her Job At ESPN.

The couple welcomed their first daughter, Bowden Sainte-Claire “Scout,” in July 2014. She gave birth to a boy, True, in June 2017 and a girl, Price, in July 2018. She remains devoted to her kids and frequently shares cute family pictures on social media.