Skip to content
Home » Entertainment » Comedian Samantha Bee is the only woman to host a late-night talk show.

Comedian Samantha Bee is the only woman to host a late-night talk show. 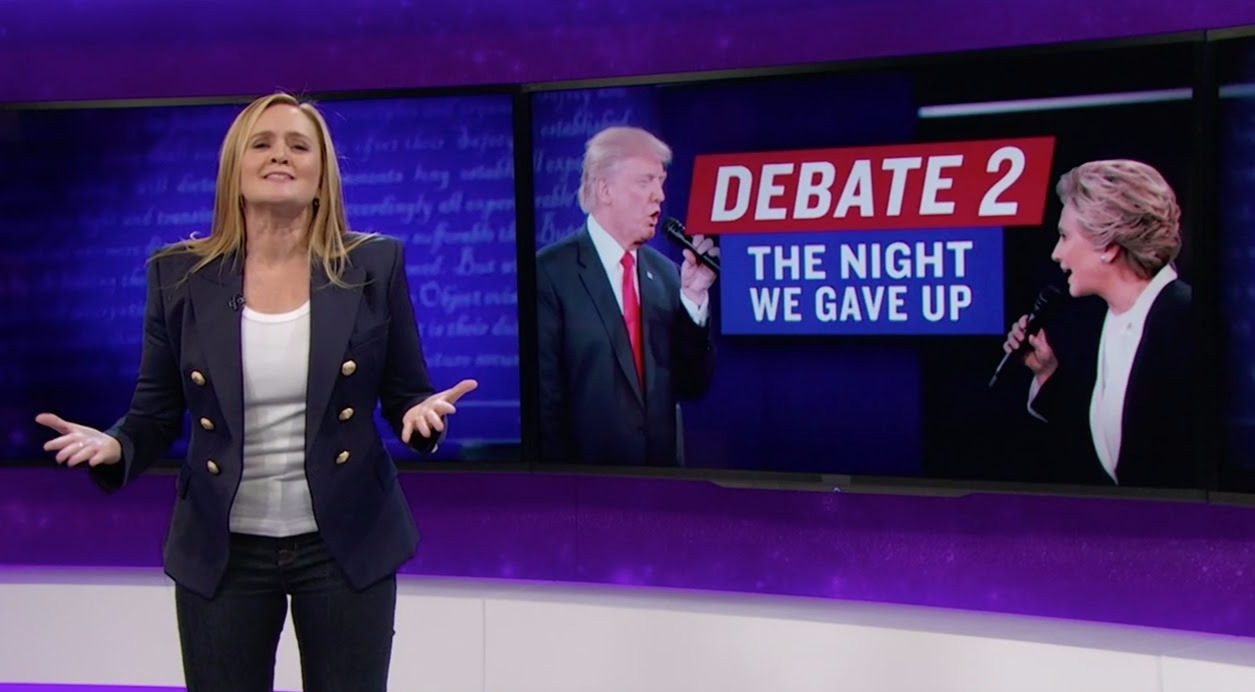 Lately, Samantha Bee became an in-demand political commentator globally. She has taken home several awards and accolades through her comedy shows. Certainly, her paycheck is also hefty as she is watched by millions on the TBS channel. Moreover, Bee even gained the title of The Queen of TBS. All her income sources have resulted in a multi-million fortune. Moreover, she has been exemplary amongst worldwide women.

Choosing Theatre as a major subject in university wasn’t really per Samantha Bee’s interest in performing. Instead, she took theater as her major, thinking it would be easier than humanities that she took earlier. However, it became her passion while she was taking classes at her university. Before she could gain an acting role, she landed a job as a waitress.

Start of Samantha Bee and her fame

Samantha Bee began her very first acting performance was a titular role in the theater production of Sailor Moon. She performed in the play’s ‘A’ class cast, while her future husband, Jason Jones, was in the ‘B’ class cast. She was one of the founding members of a women’s sketch comedy troupe named The Atomic Fireballs.

On July 10, 2003, Bee became a correspondent for The Daily Show with John Stewart. She said about the show, “It was my favorite show, and I just trained for it like an Olympian, honestly. I ate salmon every day, I was I like, ‘Brain food’”.

She was the longest-serving female correspondent and was the only female to hold the position till 2008, when Kristen Schaal joined them. Also, she was the first non-American correspondent on the show. She gained a Canadian Comedy Award in the Best Female TV performance category for her work on the show.

In March 2015, she announced she would be leaving The Daily Show to host her show and departed the show in April 2015.  In February 2016, her comedy news show entitled Full Frontal with Samantha Bee premiered on TBS. She recorded as the first woman to host last night’s satirical news show. Gaining high critical acclaim during the show’s first season,  she renewed the show for the second season. The show gained an 84% rating from meta-critics. And it gained a 6.7 out of 10 rating by IMDb.

Career and net worth of Samantha Bee

Apart from her popular talk shows, she landed her first feature film role, Ham & Cheese (2004), alongside Dave Foley and Scott Thompson. The Canadian independent film marked the first starring role that earned her a Canadian Comedy Award for the category of Pretty Funny Female Performance. Moreover, she became one of the original cast of Love, Loss and What I Wore in 2009 and had a cameo appearance in Woody Allen’s Whatever Works.

Bee authored the book I Know I Am, But What Are You? Moreover, in 2010 the said book was published. Additionally, she has co-authored several other books, including a humor book America (The Book): A Citizen’s Guide to Democracy Inaction (2004), with Jon Stewart and other writers of The Daily Show and The Daily Show with Jon Stewart, Presents Earth (The Audiobook): A Visitor’s Guide to Human Race (2010) with Wyatt Cenac.

As of the latest updates, she amassed $2.5 million net worth in her account. A hefty salary earning up to $1 million has garnered such a huge fortune.