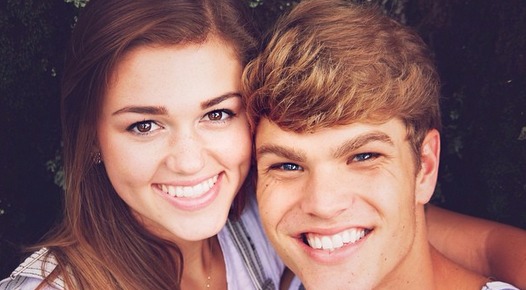 Sadie Robertson is an American actress and reality TV star known for appearing on the A&E show, Duck Dynasty.

She is the granddaughter of the founder of Duck Commander, Phil Robertson.

She is one of the six children of Korie and Willie Robertson.

Sadie is quite close to her siblings and often posts pictures with them on Instagram, where she has nearly 3 million followers.

She gained high exposure in 2014 after she appeared in ‘Dancing with the Stars’ and ended up in 2nd place with pro dancer Mark Ballas.

An avid singer, Sadie sang ‘Away in a Manger’ for her family’s best-selling album, Duck the Halls: A Robertson Family Christmas.

As an author and motivational speaker, she launched her successful ‘Live Original Tour’ in the 2016 fall.

She is set to tour 45 cities in 2017 with Winter Jam encouraging young adults “to live uniquely and be the person God made you to be.”

She was in a relationship with Blake Coward for almost three years between 2014 to 2016.

Afterwards, she dated an American football quarterback, Trevor Knight for about two months from July to September 2016.

Her father has said that she needs to be private with her personal life after two public breakups.

Sadie has been featured as Brett Eldredge’s love interest in his music video of 2017 song, The Long Way.

Recently, both of them are posting cozy pictures on their Instagram leaving fans wondering about their relationship status.

Eldredge previously explained that his lyrics in ‘The Long Way’ represent what he is looking in a partner.