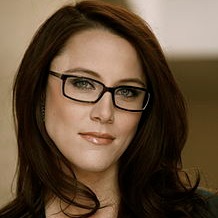 S. E. Cupp is an American television personality. However, she has made a name for herself by working as a conservative political commentator and no-fiction author.

Cupp is also renowned as a panelist for CNN. As an author, she has received massive attention for her works in Why You’re Wrong About The Right and Losing Our Religion.

S. E. Cupp was a ballet dancer in her childhood

In Carlsbad, California, the multi-talented journalist was born Sarah Elizabeth on February 23rd, 1979. She spent most of her teenage in Massachusetts, where she received her academic qualifications from the Academy of Norte Dame.

Sarah graduated from Cornell University with a Bachelor of Arts in History. In 2010 she earned her Masters in Arts degree from Gallatin School of Individualized Study, New York University.

In her childhood, she was also a ballet dancer. Moreover, she began dancing from age six until her teenage. Further detail about Cupp’s childhood remains a total mystery.

A look into the glittering career of S. E. Cupp

S. E. Cupp began her professional career as an author and editor at Ney York Times, which played a vital role in making Cupp one of the sought-after journalists in the States. What’s more, Sarah’s dedication to journalism and her hard work made her one of the most influential journalists in the country.

Besides her stint with NY Times, she appeared on Fox and Friends and American Live CNN. 2011 was the year that indeed marked her as one of the very best in the industry. That year saw her work as a writer and a reporter for MSNBC.

In her illustrious career, Cupp has been a part of all three heavyweight news channels: CNN, Fox News and MSNBC. Besides, S. E. Cupp co-anchored CNN’s Crossfire, a show which debated topics related to politics, pop culture, business, and entertainment.

Besides her phenomenal work as a journalist, Cupp also became renowned for her work as an author. The light of her journalism career might have overshadowed her writing career. But, her works as an author are also highly praised.

As a writer, some of her works include Losing Our Religion: The Liberal Media’s Attack on Christianity. Likewise, Sarah also wrote Why You’re Wrong About the Right. Besides the glittering career, Cupp also earned herself a considerable net worth of around 6 million dollars.

Like her professional life, Cupp’s personal life has also been successful. The journalist, S. E. Cupp, married John Goodwin in 2013. Besides, Sarah and Goodwin tied the knot in an intimate wedding.

John and Sarah welcomed a son named John Davies Goodwin III. S.E. Cupp’s husband, John, whom she married in November 2013, is a former chief of Staff to Republican Raul Labrador.

The couple began dating each other in 2011 after meeting in 2008. Since Cupps and Goodwin’s marriage, no conflicts have occurred between the lovebirds. Furthermore, the chances of divorce are not apparent in Cuup’s relationship with her partner.

Her charming personality is a eyecatcher

S. E. Cupp is a thirty-seven-year-old multitalented journalist with a beautiful personality and youthful looks. Her looks are well-matched by her stunning figure.

Cupp’s body measurements are 36-23-36 inches and height of 5 feet and 9 inches. Already blessed with a beautiful appearance, spectacles have been added to make her look professional.