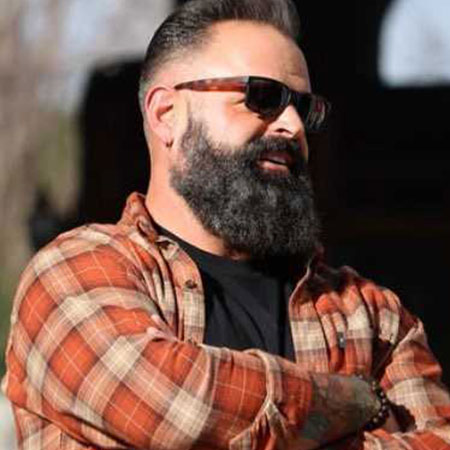 In the show, he, along with Richard Rawlings and Chris Stephens, try to turn various struggling garages into profitable businesses.

Holmes has over 20 years of experience in construction. He has even worked as an emergency medical technician.

Russell, who used to watch Rawlings on TV, joked about how he would fit right in with the GMG crew.

When Richard Rawlings posted a vacancy for a “right hand man” on Facebook in 2016, Russell decided to apply for it.

After a lengthy hiring procedure, he was invited to Los Angeles for a screen test and finally got the job.

Beyond his wildest dreams, he started appearing on TV with the series, Garage Rehab, a year and a half later.

Russell, who is aptly named The Muscle, now handles the rejuvenation of the dying garages all across the country.

The first season of ‘Garage Rehab’ aired from August to November 2017.

He also appeared in a short series, Worst Car Ever, which features the cast from Misfit Garage, Fast N’ Loud, Street Outlaws and more.

Russell is currently filming the new season of the show and often shares pictures from the set on social media.