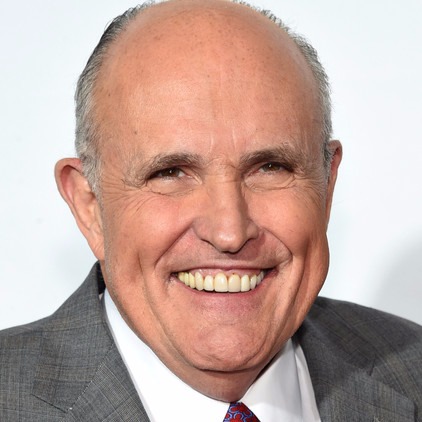 The former mayor of New York City, Rudy Giuliani is an American multifaceted personality, who is a politician, businessman, and lawyer. Not just limited to this, Rudy’s public speaking lead off his leadership, when he contributed in the Southern District of New York City for the United States Attorney.

Felicitated by the honorary Knighthood for his entire achievements and services for the welfare of the people by the great Queen Elizabeth II in 2002, he is considered as one of the most eminent leaders and effective U.S Attorney in the history of America.

Giuliani was born as Rudolph William Louis in the year 1944, May 28, in an Italian-American family in Brooklyn, New York City. He is the child of Helen and Harold Angelo Giuliani.

Rudy, at the age of seven, moved to the Garden City South with his family. There he completed schooling from the St. Anne Catholic School. Thereafter, he returned to his hometown and joined the Bishop Loughlin Memorial High School.

Later he continued his education graduating from the Manhattan College majoring the subject Political Science. Afterward, he was determined to become a priest but in the meantime, his father’s motivation drove him to the New York University Law School.

Rudy is one of the most effective U.S Attorneys in the American history

Rudy’s career commenced as a clerk for the Judge Lloyd Francis MacMahon, who was the United States District Judge for the Southern District of New York.

Eventually, in the year 1970, he became the Narcotics Unit’s Chief which made him the U.S attorney’s executive. In 1973, his career took a turning point as he hired as an attorney’s in charge to Deputy Attorney General Harold “Ace” Tyler in Washington D.C.

He credits most of his efforts to the private firm Tyler, Belknap, Webb and Patterson in New York during 1977. After spending four years in private firm, he returned to Washington and served as the No.3 position in the Justice Department. Then in the few years, he became the U.S Attorney for the Southern District of New York.

During his six-year tenure at U.S Attorney’s office, Rudy contributed to overcome the issues like drug dealers, crime, and government corruption. With his immense credit and struggle to defeat those issues, Giuliani was counted as one of the most effective U.S Attorneys in the American history.

In the year 1989, Giuliani fought for the mayoral election for the New York City, although he failed to win by fewer margins to Democrat David Dinkins.

In 1993, he again stood for the elections and chased his opponent, Dinkins and became the 107th mayor of the New York City. That was the time where he was praised by the people for his astounding contribution to overcoming the crime and drug issues.

During his career span, he lessened the crime rate, the city’s murder rate and his “welfare-to-work” initiatives played a vital role in upgrading more than 600,000 New Yorkers.

However, due to his ruthless behavior in solving people’s problem, Rudy lost his appreciation by 2000. Later, he rose back in the 9/11 attacks, where al-Qaeda hijacked two commercial passenger airline and crashed them into the twin towers in Manhattan.

His major hand in the crisis moment again praised his leadership. He was honored as a Person of the Year by the Time magazine for his major rescue project after the giant attacks, which saved almost 20,000 lives. Giuliani left office in 2001, December 31.

Rudy, in the year 2008, ran for the Republican Presidential Candidate, but he failed to win. Later, he worked as a spokesperson for the TV reality shows.

Recently, Rudy is the business executive for the 47th president, Donald Trump in the 2016 presidential campaign.

Unlike in his past relations, he has strong bond with his wife Judith

Moving into his personal life, the 72 years aged Rudy has been married for three times.

He first got married to his childhood sweetheart, Regina Peruggi in 1968. Later they got separated legally in 1975.

In 1884, Giuliani tied the knot with TV personality, Donna Hanover. However, his alleged affair with one of his staff ended his relationship in 2002. He has two children, Caroline and Andrew with Donna.

While he was married to Donna Hanover, he met Judith Nathan. Thereafter, in the year 2003, he got married to Judith Nathan and has a stepdaughter from her. He is still together with Judith.

Rudy Giuliani is a powerful leader, effective mayor, and politician whosenoteworthyinitiatives will always be remembered. His leadership books entitled ‘Leadership’, ‘What Will You Be?’, ‘Leadership Through the Ages: A collection of Favorite Quotation’ is filled with words of wisdom and inspiration.

His successful business flow, bright years of legal contributions and his tenure as a mayor established himself a person with the owner of a massive net worth of $45 million dollars.