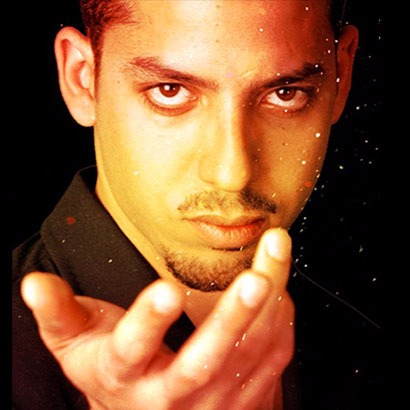 David Blaine is a phenomenal magician, who was born on April 4, 1973. He grew up in Brooklyn, New York. His mother Patrice Maureen White was a school teacher while father William Perez was a war veteran for Vietnam. While his mother was Jewish, his religious preferences are not disclosed yet.

An inspiration to all young magicians, David performs flawless magical tricks in street and leaves his audiences speechless. His card tricks have impressed most, including the pop sensation Michael Jackson who said "David Blaine, your magic is real and I believe in you."

In addition, David is considered the master of the endurance stunt. In 1999, he enclosed himself in a self-made tomb/box which was buried underneath three tons of water. Over 75,000 people watched him sustain for seven days.

Of course, he would have died if he had not done anything sneaky down there. But whatever he did, he did with spotless perfection!

David got into magic by watching a magician in a subway when he was four years old. No Hogwarts we assure!

David performs his tricks on varied audiences. He performed Frozen in Time stunt in Times Square (New York City), Above the Below act in River Thames (London) and Electrified: One Million Volts Always On in New York City.

Regarding his London act, David said “The most exciting. I know that it will drive me and I will push myself in a way I never would if it was not in front of me.” He was titled a “modern-day Houdini” by The New York Times. Follow him [email protected] more updates.

David has a few interesting tattoos. Among them, Mystery Eyes Tattoo and a giant crucifixion tattoo on his back are most captivating.

David did an impressive TED talk in 2010. He started by highlighting his successes and explained what he had learned from his failures. He talked about the art of endurance stunt and the time he broke the Guinness World Record by holding his breath for 17 minutes. In his words, he had trained intensely to sustain a prolonged breath-hold after “breathing pure oxygen”.

While there were mixed reviews of the talk, especially regarding its credibility and authenticity, the 2010 TED talk gave David a wider exposure. Years later, he recalled “one thing that actually did intimidate me — speaking at the TED Conference in front of some of the greatest minds in the world, people whom I have always admired”.

David Blaine was engaged once and has a beautiful daughter

David is currently single. In the past, he dated and was engaged to model Alizee Guinochet. David popped the question in his 2009 birthday. According to sources, the couple called it off after David was surrounded by cheating allegations.

David has a daughter, Dessa, with Alizee. Dessa was born on January 26, 2011. Rumor has it that David had to “hail a snowplow” during his ex-fiance’s labor because the weather was intense weather and no cars or taxis were available.