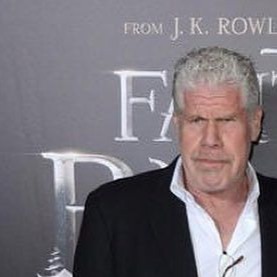 Ron Perlman, born as Ronald N. Ron Perlman, is an American television as well as a film actor and a voice actor. He has been best known for his roles as Vincent in the television series Beauty and the Beast and as 2004 movie Hellboy character Hellboy.

Born on April 13, 1950, in Washington Heights, New York, Ron Perlman is currently 66 years of age. His mother, Dorothy, was a municipal employee and was retired from the City Clerk’s Office and his father, Bert Perlman, was a jazz drummer and repairman.

Recently, in an interview, he revealed that he used to be an overweight kid so he used to feel low most of the time but it doesn’t mean his childhood was difficult.

Ron grew up in a Jewish family and had a Bar Mitzvah ceremony. He went to George Washington High School and attended Lehman College in 1971.

He asserted that he was really close to his father. His father inspired him to take acting as a career. Perlman attended the University of Minnesota and in 1973, he graduated with a master’s degree in theater arts.

Multitalented Ron Perlman started his career as a theater actor. Know his net worth

His career is said to be started from stage performances. He used to appear in various productions and made his feature film debut in Jean-Jacques Annaud’s film Quest for Fire in 1981.

It was being difficult for him to achieve success but after numerous minor roles in movies and television series, a turning point came in his professional life.

He got his breakthrough role as Vincent in the TV series Beauty and the Beast, opposite Linda Hamilton. He was associated with the series for three years from 1987 to 1990.

The role earned him a Golden Globe Award for Best Performance by an Actor in a Television Series in 1989 and huge fan following. Then, there was no turning back for him.

His wonderful career of more than two decades long has successfully earned him a huge net worth of $15 million.

His first real big role in a mainstream film was in 1997 movie Alien: Resurrection. Perlman is immensely popular for his distinctive voice as well as for his selection of roles which needs extensive make-up.

This includes his role as Neanderthal in Quest For Fire; a half man half lion beast in Beauty And The Beast; a hunchback in The Name Of The Rose; Reman Viceroy in Star Trek: Nemesis; and a demon in Hellboy.

He did voce over for numerous video games like The Adventures of Batman & Robin, Fallout, Fallout 2, Batman: Rise of Sin Tzu, True Crime: Streets of LA, The Incredible Hulk: Ultimate Destruction, Justice League Heroes, Halo 3, Hellboy: The Science of Evil, Payday 2, LEGO Dimensions and so on.

The six feet tall actor Perlman is a married man. Opal Stone Perlman has been his wife since February 14, 1981. At present, they have two children; a daughter named Blake Amanda and a son named Brandon Avery. Blake was born in 1984 and Bandon in 1990. Their two decades long marriage is still on the run.

Divorce is not on the cards. His family is living a happy and lavish life.