Biker Build Off’s Roland Sands Net Worth 2018: Facts To Know About Him 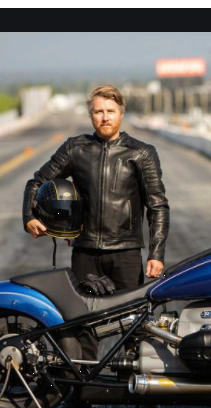 August 12, 1974, born Roland Sands has many trophies to his name from his racing career from his early twenties.

Acknowledging his father’s grip on business, Sands worked his way from the ground level to the director of the R&D at Performance Machine.

Sands serves as the president and owner of the company. They have recently launched their retail shop in Los Alamitos, California.

Based on his excellence on bike works he was appointed as the judge on the first season of ‘Wrench Against the Machines.’

With his designs, bikes and uniquely customized bike part has helped him rack up a huge net worth (probably worth millions).

Sands has been married to his wife Nicole for over four years now.

The couple has two daughters Hayden June and Scarlett Jean.