Skip to content
Home » Entertainment » Where is Morgan Spurlock Now? Upcoming Movies in 2018

Where is Morgan Spurlock Now? Upcoming Movies in 2018 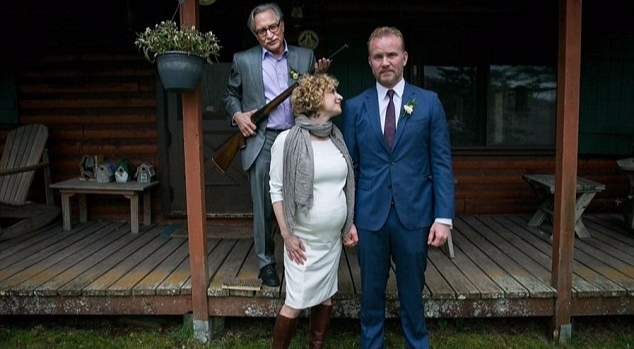 Morgan Spurlock is an actor, producer, director, and a comedian best known for his documentary, Super Size Me.

Spurlock was born on November 7, 1970, in West Virginia. He graduated with a Bachelor degree in Fine Arts.

He worked as a stand-up comedian for a while but could not find success. Following his failure, there was a time when he was homeless.

In 2003, he experimented by eating full meals on McDonald’s for 30 days which he showcased in the documentary, Super Size Me.

The diet led him to weight gain, depression and liver dysfunction and it took about a year for him to get back in shape.

He released his second documentary, Where in the earth is Osama Bin Laden? in 2008. It received mostly negative reviews.

In June 2013, Spurlock worked as the presenter and producer of the show, Inside Man.

He joined the show to know the difference between how a crime scene is investigated and how shows portray them.

Morgan also directed a documentary movie, RATS NYC, which is based on the book by Robert Sullivan and is distributed by Discovery Channel.

With back to back hits Spurlock is coming with his next document series in association with A&E TV named, Culture Shock in 2018.

Spurlock has devoted decades contributing to the betterment of the entertainment sector may it be through his direction, production or appearances.

The Oscar-nominated documentary filmmaker and political activist, Morgan Spurlock has amassed a huge net worth of $12 million.