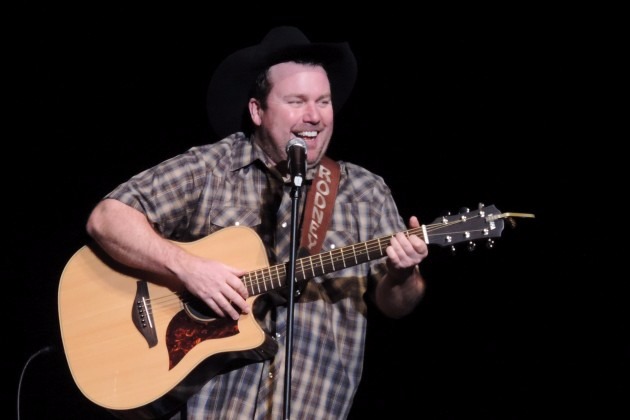 Rodney Scott Carrington, renowned by his celebrated name Rodney Carrington, was born on 19th October 1968 in Longview, Texas. Any major biographical sites have not disclosed other notable details about his early life and academics.

Rodney Carrington and the start of his Comic career

Soon after finding his foothold in comedy in his junior college days, he began writing his script and drawing his character. He started involved in theater and stumbled across his comic knacks while performing in a junior college production, Noises Off.

The budding actor realized his interest in stand-up comedy after getting a huge round of applause from the audiences in his college. After a few local-level performances, he gained career exposure through radio programs, including The Bob and Tom Show.

His musical journey began in 1998 following the release of his first album, Hanging’ with Rodney, under Mercury Records Nashville. The album consisted of stand-up comedy and original songs and occupied no.73 on Top Country Albums. Though his first album received positive reviews from fans, the professional reviews didn’t meet his expectation. But eventually, the album went to be extremely successful commercially, with the sales of over 475,000 copies.

Rodney Carrington Started his Musical Career in the 2000s

Following his debut album, he moved to another recording firm, Capitol Recording Nashville, for his second album, 2000’s Morning Wood. The album found a spot in the top 20 list! Furthermore, the album earned the 18th spot. Additionally, his single, More of a Man, also became top 20th on Hot Country Singles & Tracks.

The success of his second album was followed by his third album, his first live album, Live: C’mon Laugh You Bastards, in 2001 with Capitol Nashville. After that, Rodney collaborated with the Nashville-based recording firm three times, delivering three albums. His third album, Nut Sack, was released in 2003. The album bagged 14th spot in that year’s US chart, which remains one of Rodney’s best finishes with a studio album.

The success of his third studio album was followed by a package of his Greatest Hits in 2004. The album consisted of two discs, one had stand-up routines, and the other had songs. Likewise, the album also had Rodney’s first non-comedy song, Things We Didn’t Know.