Skip to content
Home » Entertainment » Cited as the pioneering woman of CNBC, Maria Bartiromo is now at Fox Business Network.

Cited as the pioneering woman of CNBC, Maria Bartiromo is now at Fox Business Network. 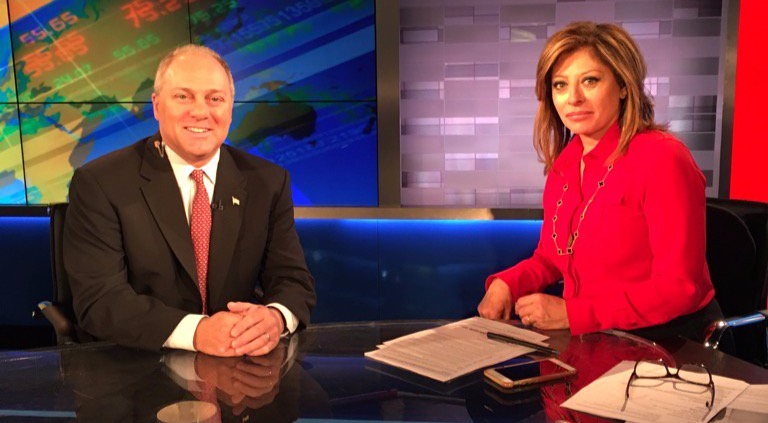 Bartiromo’s kicked off her journalism career, joining CNN Business News as an intern. And after five years as a producer and assignment editor at CNN, she joined CNBC in 1993. She was an anchor and managing editor of the CNBC Business show On the Money with Maria Bartiromo.

In her career spanning over two decades, she has hosted several TV shows such as The Business of Innovation, Closing Bell, Market Wrap, and Business Center. As her face closely resembles Sophia Loren, she is often nicknamed “Money Honey” & “Econo Babe” by the stock exchange traders.

Maria Bartiromo With Multiple Awards in the Bag!

Moreover, the versatile woman also holds the record of being the first woman to be inducted into the Cable Hall of Fame Class in 2011. In 2009, the Financial Times named her one of the “50 Faces That Shaped the Decade”.

As an appreciation for her productive and influential contribution to the journalism field, she received Excellence in Broadcast Journalism Award in 1997, presented by the Coalition Of Italo-American Associations. Likewise, she received the Lincoln Statue Award in 2004, presented by The Union League Of Philadelphia.

Net Worth and More

Maria Bartiromo is a host of Mornings with Maria and serves as Global Market editor for Fox Business Network. Reports have it that she was receiving paychecks of $4 million while at CNBC. Currently, her annual salary at FBN is perhaps $2-3 million. Maria holds an estimated net worth of $22 million.

The first journalist to report live from the floor of NYSE, Maria is also a bestselling author. She has released three books, including Use the News: How to separSeparateNoise from the Investment Nuggets and Make Money in Any Economy, The 10 Laws of Enduring Success and The Weekend That Changed Wall Street.

The pioneering journalist has also been a part of the pop culture! Furthermore, Maria became known for her cameos in a few motion picture films, playing herself in Arbitrage and Wall Street Two. Joey Ramone wrote a song about her entitled Maria Bartiromo in 1999, which remains included on his first album.