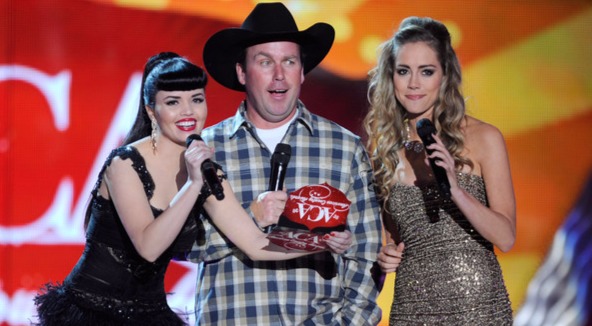 Rodney Carrington and his wife Terri Carrington divorced in 2012, ending a blissful marital relationship of 18 long years. Moreover, Rodney tried his best to save his marriage with Terri but failed.

Speaking about his efforts, he said, “I was doing good, and out of the clear blue, she says, “I’m leaving.” We’ll if that (relationship) don’t work, I don’t know what the…”. The reason for their split has not been publicized yet.

Following their separation, the duo doesn’t speak with one another, but their three sons, Sam Carrington, Zac George and George Carrington, still have to maintain a friendly relationship. “We split them half the time. I get my boys half the time,” said the comedian speaking about their kids.

Rodney seems to love his singlehood, which invites no hazard to his career as a comedian. More about his passion.  Perhaps, he never tried to be close to any woman in terms of romance after the love of his life. His wife left him.

Is Rodney Carrington dating anyone in 2017?

Speaking about his post-divorce life, he said, “ I will tell you this. Once you come out of the cave of divorce, good God is the sun much brighter. Everything in the f…..cake is much sweeter and so is the candy…..life begins”.

Time and again, Rodney has stated that he would rather stay single. Rodney told his audience in one particular instance: “I would never date. Dating means I would have to go pick somebody up.” At the moment, Rodney Carrington seems to be focused on being there for his three children instead of searching for a romantic partner.

Also, he is moving on in his life, prioritizing his career. But fans certainly love to see him with someone he feels comfortable with.

Everything to know about Terri Carrington