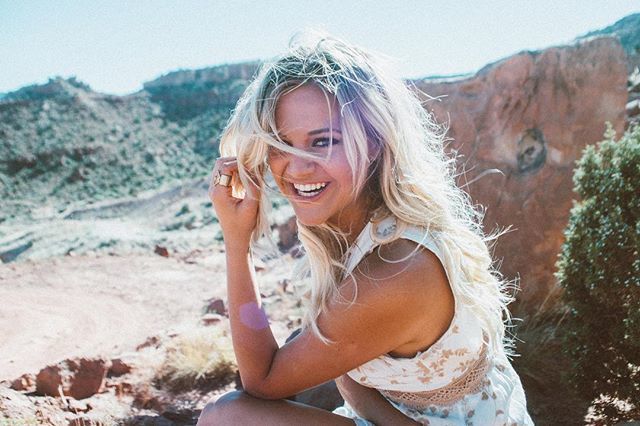 23 years old country music singer Kelsea Ballerini has success since she made her debut in the music industry. The beautiful singer made her debut lately and since then the singer doesn’t have to look back.

She made her debut with Love me like you mean it which peaked at NO 1 in Billboard Country Airplay and hot country Songs charts with her other two successful songs Dibs and Peter Pan.

played the @opry and got surprised with a GOLD record for Peter Pan. What.

The singer from her childhood has been a huge admirer of country music. Country music became a part of her life as she grew up on a farm in East Tennessee.

Speaking about her origins and her love for country music, Ballerini said, “Every Sunday, we’d go to Church. Afterwards, my family would get together and we’d cook. So to me, it wasn’t so much the genre as the lifestyle I lived.“

Kelsea Ballerini has proclaimed huge fan base and success in a very short time. The singer is a team player and believes her success and fame is a result of team effort.

“I wrote the songs on The First Time with my friends. My friends Forest Glen and Jason Massey co-produced it. To take it from the living room where we were struggling to figure out what we are doing in Nashville to make history with three NO. 1 singles, I take a lot of pride in that. We take pride in it together.”

LA day dos. Strolling on over to @jimmykimmellive!!

Her pride and her admiration for her team and the magic they pulled out are likely to take a step forward when she will head out on her very first tour, The First Time Tour.

One of the several places that the rising star is likely to visit is her hometown of Knoxville, TN at the Tennessee Theatre.

The night will be an emotional and sentimental moment for the singer. She grew up seeing her hero’s sell out the Tennessee Theatre and now after years of patience and hard work it’s her turn to live her dream.

“I haven’t played Knoxville yet and that’s on propose because I know I’m going to cry hard and I try to prolong that as much as I can”, said the singer, who already seems excited about her forthcoming tours.