Rick Lagina, an American reality TV personality, is best known for his appearance on the show The Curse of Oak Island. Rick and his brother Marty have a controlling interest in the Oak Island Tours Inc., which owns most of the island. They hope to find the secrets of the Oak Island themselves along with their team.

Rick Lagina was born as Richard George Lagina on January 25, 1952, in Michigan, United States, to George Jacob Lagina and Ann Lagina. He was raised in Kingsford, Northern Michigan. Rick has two sisters Mary-Anne and Trace. He went to Catholic school along with his brother, Marty. 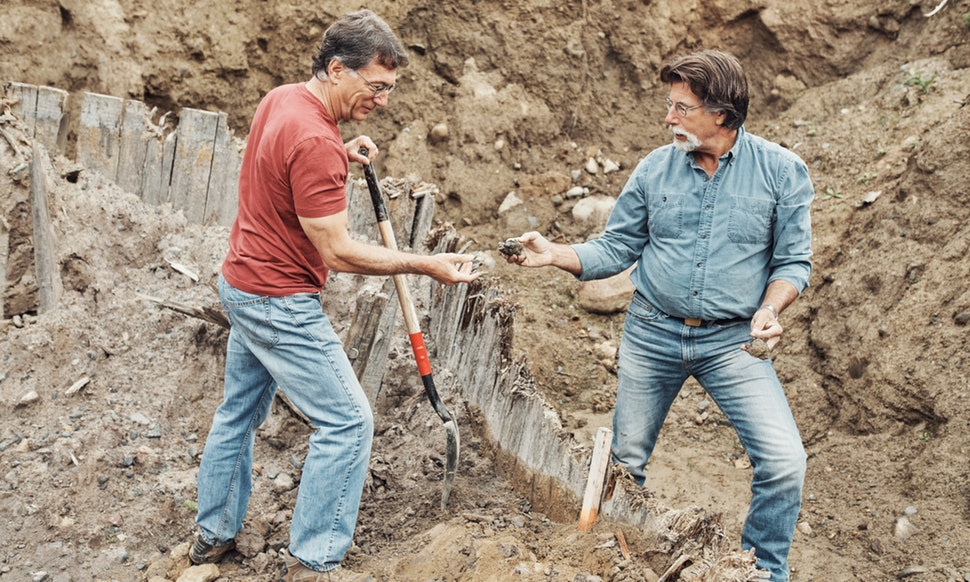 Rick first got interested in the Oak Island when he was only eleven years old. It all started when he read an account of the Oak Island Mystery in January 1965. The article talked about the Restall family’s work to investigate the so-called “Money Pit”. Since then, Rick had a dream of solving the mystery himself one day.

Lagina Brothers in The Curse of Oak Island

After retiring from the work of a post delivery man, Rick found a new career in the treasure hunt at the Oak Island. In the 1990s, when Rick and Marty heard that Dan Blankenship was looking for investors to help him continue the Oak Island treasure hunt, they traveled to the island to meet him. But it wasn’t until 2005 that they got a hold of controlling shares of the Oak Island Tours Inc.

James “Reaper” Goad: More on his career and married life!

In 2006, Rick and Marty took over the treasure hunt, and since then they have discovered many clues, which has strengthened their cause. Marty’s background in engineering and energy business has contributed a lot in their treasure hunt. 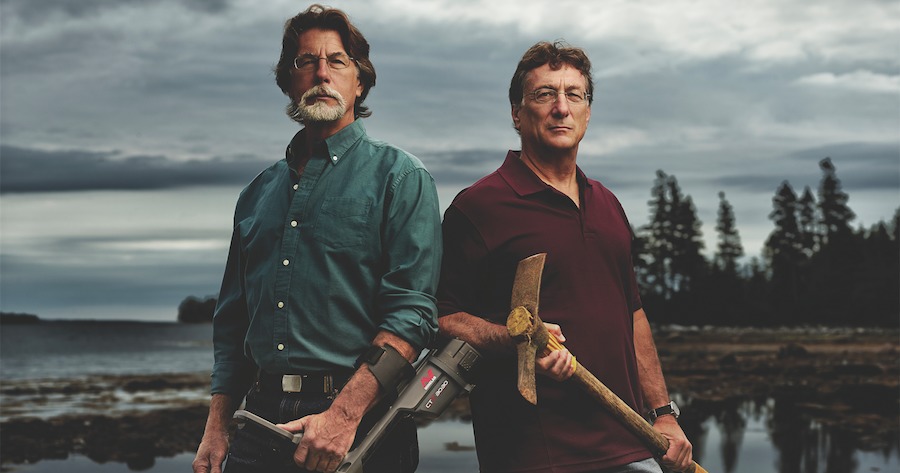 Later, the Lagina brothers were approached by Prometheus Entertainment to make their venture into a reality show. When producer Kevin Burns heard about what the brothers’ were doing, he traveled to the island to persuade them to turn it into a series but it was not easy.

Marty said in an interview, “Kevin really had to talk us into it. What carried the day is that Rick is a true believer in this legend. In his heart, he believes something of historical importance really happened in this place. And he wanted to get the story out.” 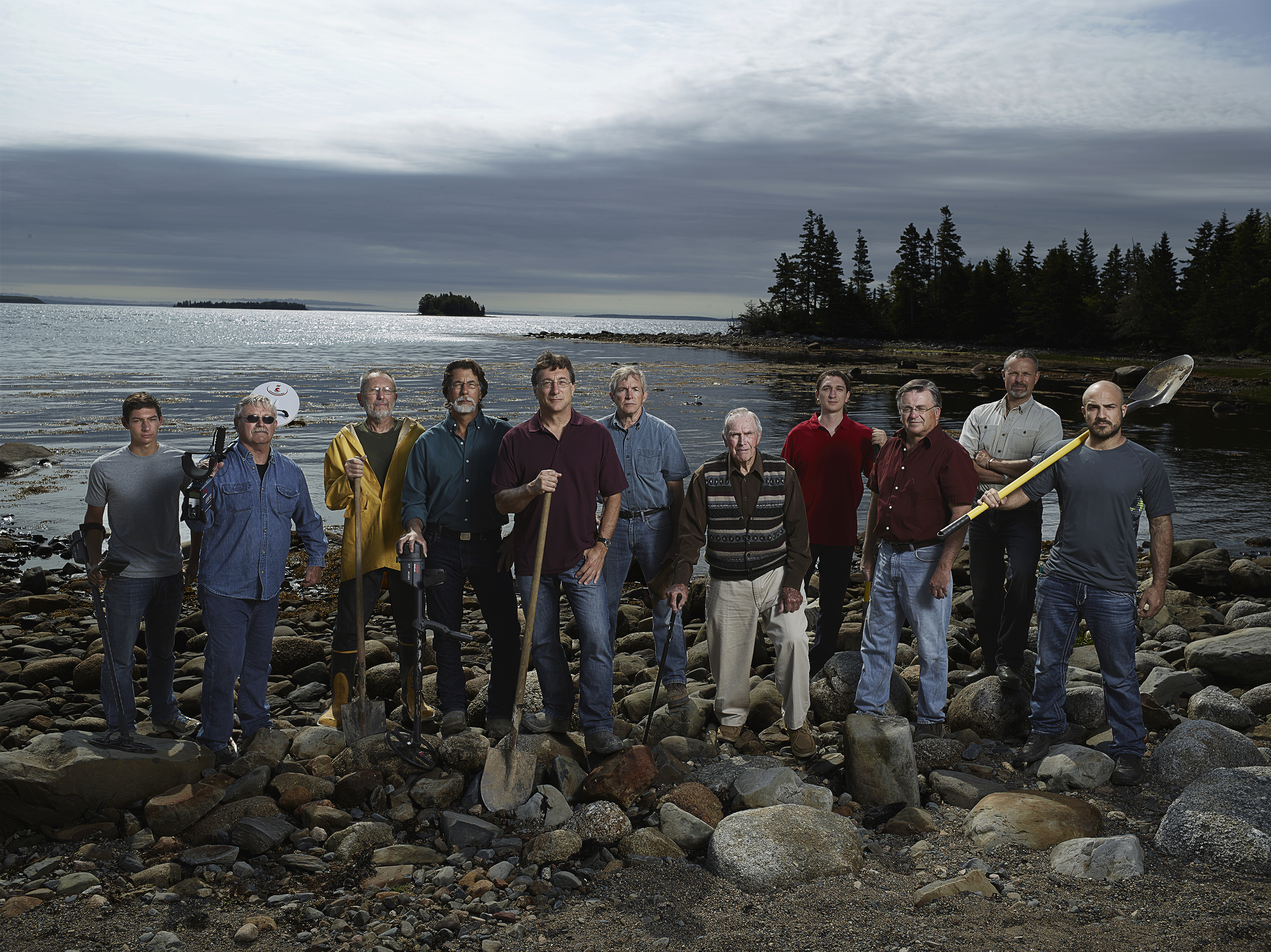 Rick and Marty both wanted the show to be genuine, and said that they were not going to follow any script or fake fights for the sake of the show.

The series, which started in 2014, has already finished airing its fifth season. The brothers and their partners uses advanced technology and heavy digging and drilling to go deep into the island. They explore new and intriguing theories and welcome new researchers and special guests from around the world to uncover the 220-year-old mystery. And it seems like nothing will stop them solving the mystery buried on Oak Island.

Rick’s brother Marty Lagina is a multi-talented professional. Marty completed his undergraduate studies in mechanical engineering in the 70s, and graduated from Michigan Tech in 1977. He went on to study law at the University of Michigan, and gained his Juris Doctorate in 1982.

How did Jason Knight end up in Forged In Fire? Find out!

While studying law, he started his own oil and gas company, Terra Energy. The company specialized in extracting natural gas in Michigan and became the biggest shale gas well operator in the state. But they eventually sold the firm for close to $60 million. 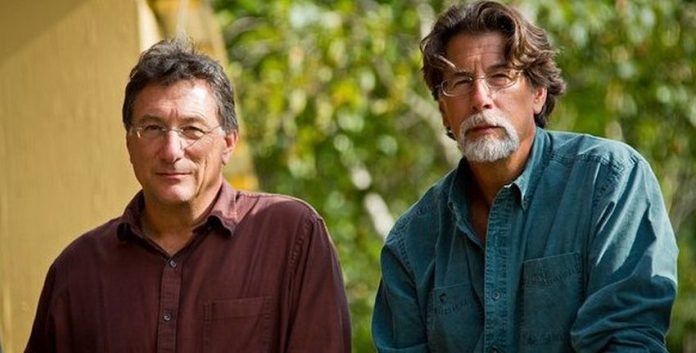 In 1995, he sold the company to CMS for a mammoth $58 million. He went on to become a majority shareholder in Chartwell Properties L.L.C., and then moved into renewable energy, founding Heritage Sustainable Energy which specializes in wind turbines. Today Heritage is the largest wind-producers in Michigan, and one of the largest in the mid-west.

How rich is Forged In Fire judge, David Baker? Find out!

He also owns the Villa Mari vineyard near Traverse City, Michigan. Marty’s son Alex works with him in the vineyard and also stars in the series.

Lagina brothers’ career as a reality star, treasure hunter and entrepreneur has helped them a lot to amass an impressive net worth. As of 2018, Marty is reported to have a net worth of $100 million, and Rick has a net worth of $2 million.

With a career as a reality star, Rick has earned some dedicated fans who are eager to know more whether he is a married man and has a wife or still dating. Well! That doesn’t come as a surprise, however, he is someone who prefers not to utter much on his relationship status. So far, the fact regarding his personal life is still behind the closet.

Who is James Neilson married to? More on his wife!

Rick Lagina is widely recognized for appearing on the History Channel’s series, ‘The Curse of Oak Island,’ alongside his brother Marty Lagina.

He is a retired U.S. postal worker from Kingsford, Michigan.

He had dreamt of solving Oak Island mystery after reading about it in 1965 January issue of Reader’s Digest at the age of 11.

In 2005, Lagina brothers purchased the 50% stake in Oak Island Tours Inc. and resumed the treasure hunt in 2006.

After learning about the brothers’ effort, History Channel commissioned them a show named ‘The Curse of Oak Island’ and documented their project.

‘The Curse of Oak Island’ first premiered on January 5, 2014, and recently completed its fifth season.

The show features Rick, his brother, Marty and their team attempting to discover buried treasure in Oak Island.

The show became highly acclaimed among the fans, and the show’s popularity significantly uplifted the economy of the brothers.

Rick has banked an estimated net worth of $2 million in 2018.