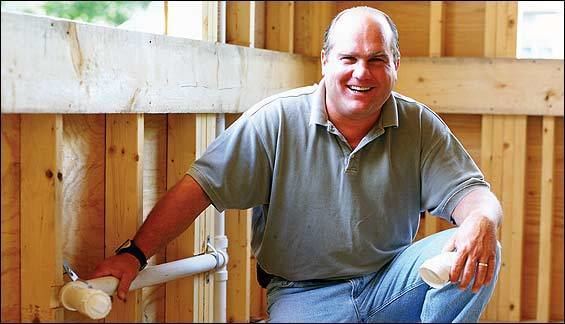 A well-known television personality, Richard Trethewey rose to fame after his appearance in the TV show,This Old House in 1980. With the net worth of $1.6 million, he is a well-established individual in the construction and TV show business.

Richard Trethewey was born in 1956 in Dedham, Massachusetts, USA, to a famous constructor, Ron Trethewey. He was into heating and plumbing from a very young age. He learned it from his father during the school holidays. Interest in his work grew when Richard started handling the family business.

The business of plumbing and heating has been expertised by the Trethewey brothers long since the establishment of the company in 1902, in Massachusetts. He was an integral part of the family business until he left in May 1990, to open his own company RST Inc.

In 1979, Russell Morash, the creator of This Old House, approached Richard’s father Ron Trethewey and his brother, John Tretheway to appear on the show. Ron and John appeared on the first season of the show. When the show aired it’s second season, Ron was seen in early episode and then passed his work to his son, Richard Trethewey.

Contractor Roger Cook’s Net Worth in 2018. Meet his Family

Richard made his debut TV appearance in PBS’s home improvement television series This Old House in 1980. He was introduced as the new plumbing and heating expert for the show. He is the second-longest recurring cast member on the show.

He also appears in the Emmy Award-winning show’s spin-off Ask This Old House and Inside This Old House. These are highly appreciated shows in the house renovation sector.

Richard had also been an active member of the Trethewey Bros Inc. Company, but he parted from the family business in 1990, and started his own business under the name RST Inc. The company is a manufacturer’s representative for several lines of plumbing and HVAC (Heating, Ventilation, and Air Condition) equipment.

Located in the heart of Westwood, Massachusetts, his company serves much of the New England area. He is certified master and journeyman plumber of the Commonwealth of Massachusetts. At the age of 62, he is still engaged and enthusiastic about his business.

Besides shows and business, he has also authored a book, This Old House Heating, Ventilation and Air Conditioning in 1994, and also served as the member on the editorial board of This Old House Magazine. He devoted his knowledge to several books published by This Old House Books including Complete Remodeling and the Homeowner’s Manual.

He has assembled total net worth of $1.6 million throughout his career and from his company. His wealth has also surged because of the involvement of his two sons in the family business.

Though Richard is a married man and has described his married life to be happy and prosperous, he has not yet revealed about his wife.

However, recently he introduced his two sons Evan Trethewey and Ross Trethewey to the world via the television show This Old House. Both his sons have seldom appeared in the show. Moreover, they are active in their father’s business.