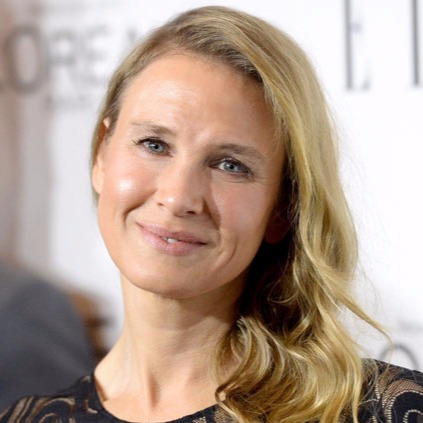 Renee Kathleen Zellweger just famous as Renee Zellweger is a renowned American actress and producer. She went on to become an eminent entertaining figure after her first major movie role in the movie,Texas Chainsaw Massacre: The Next Generation.

Through delivering splendid performance in numerous movies and TV series, she has earned many awards. She has been honored with one Academy Award and BAFTA award, and three Golden Globe and Screen Actors Guild Awards.

Renee was born on 25th April 1969 in Katy, Texas. She grew up in Kirkeness and Ekkeroy.Renee finished her high school education from Katy High School. Later, she joined the University of Texas at Austin. She graduated in 1991. During the time she was studying there, she joined drama lessons which sparked her interest in acting.

She initially worked as a cocktail waitress when her dad lost his job. She was studying in junior year in college at that time. Soon after completing graduation degree, she started auditioning to get roles in movies and TV series. Initially, she appeared in several low budget movies. One of her early movie appearances came in 1992’s A Taste for Killing.

After making an appearance in several movies, she got her first major movie role in 1994 released horror movie,Texas Chainsaw Massacre: The Next Generation. Her outstanding performance in the movie earned her appraisal from all over the place. That same year, she appeared in another movieLove and a .45 which gained her further popularity.

In 1996, she climbed some more steps in her career when she got selected to appear as a romantic interest of actor Tom Cruise in the movieJerry Maguire. The movie made her very popular.

She even got nominated for Screen Actors Guild Award in the category of Outstanding Performance by a Female Actor in a Supporting Role.

Her successful journey continued after the movie Jerry Maguire. Till date, she has delivered heartbreaking performance in many movies like One True Thing, The Bachelor, Nurse Betty, White Oleander, Chicago, Shark Tale, Bridget Jones: The Edge of Reason and much more.

Renee was born to parents Emil Erich Zellweger and Kjelfrid Irene. Her father is originally from Switzerland and mother is from Norway. Renee’s family shifted to the United States because of her mother’s work. She was working in the US as governess for Norwegian family of Texas.

The gorgeous actress is currently in a relationship with the musician, guitarist, and songwriter, Doyle Bramhall II. She has been dating him since 2012. Previously, she was married to singer Kenny Chesney with whom she got separated from annulment in September 2005. She cited fraud as the reason for her separation.

Renowned actress, Renee Zellweger is currently busy working on her upcoming movie projects. Her next movie Bridget Jone’s Baby is going to release on 16th September 2016. Likewise, she is also busy in post-production work for Same Kind of Different as Me,which is coming to theatres in 2017.