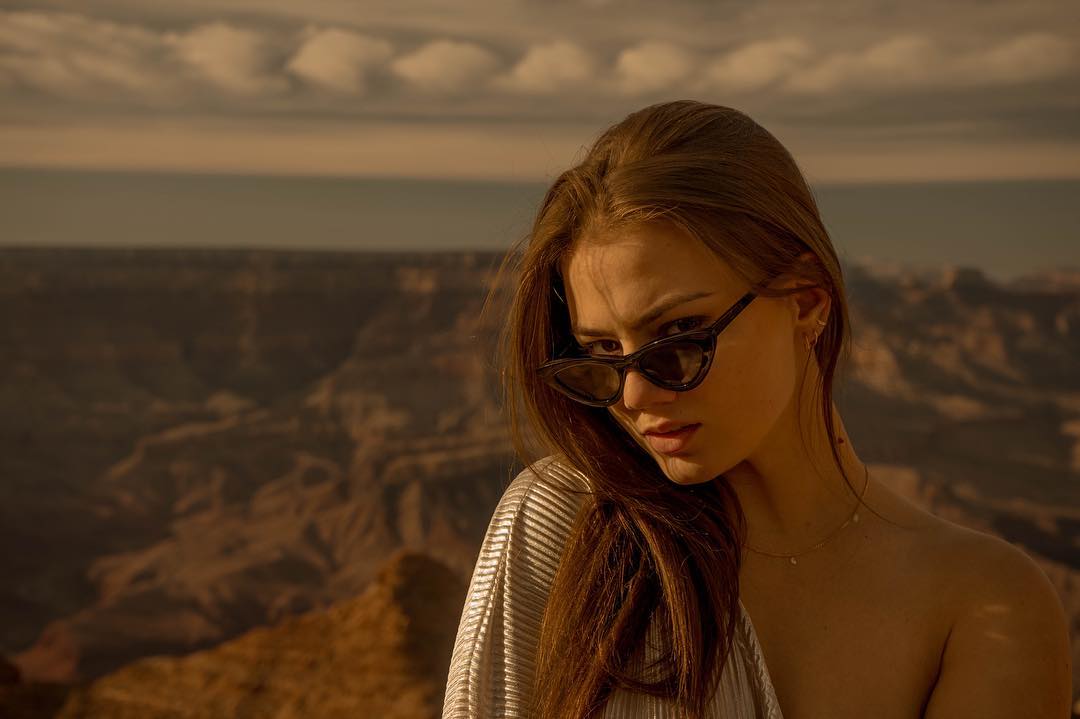 Johnny Depp is in the news once again and hitting the headlines along with him is a Russian dancer and model, Polina Glen. Rumors have it that Depp has been dating her for about a year. They have been spotted together on numerous occasions and are reportedly planning to marry soon.

However, in the wake of rumors of their relationship, Glen is laying low. So, how well do you know her? Here’s everything you need to know about the emerging model.

Polina Glen was born on March 25, 1994, in St. Petersburg, Russia, to Irina and Gennedy Glen.  Her mother is an entrepreneur, who owns a Karelia-based willow herbal tea company and is also a travel guide and translator.

Glen developed an interest in music and learned to play the violin at an early age. Initially, her mother wasn’t supportive of her passion for dance and refused to pay for her dance lessons. However, she later managed to win her parents’ support and pursue a career as a dancer and model. She started off as a nightclub entertainer on a bar top in her hometown.

Glen was crowned Miss Nebar, a beauty pageant organized by a local bar, Nebar in St. Petersberg in 2012. The following year, she competed in GO-GO Girls, the local dancing reality show and finished second.

Polina moved to the US in 2017 and has been advancing her career as a dancer. Glen has shared numerous videos of her performances in popular dance studios in Los Angeles, including Basement of NoHo and Playground L.A.

Polina Glen and her Relationship with Johnny Depp

Depp met the Russian beauty in 2018 at a Los Angeles party. Reportedly she didn’t recognize him and the Pirates of the Caribbean actor introduced himself. The two immediately hit it off and are rumored to have been living together in Depp’s Hollywood Hills mansion since then. People have been uncertain of their longevity due to their huge age gap of more than 30 years.

While there has been no official confirmation of their relationship, she seems to have hinted fans on Instagram. In one of her recent Instagram posts, she wrote a caption in Russian, which translates, “Interestingly, Captain Jack has already driven the “Black Pearl” into the bay ?.”

Paparazzi spotted the couple in various cities in Europe numerous times, but it wasn’t until recently that she was identified. She accompanied him to one of his shows in Moscow with his band, the Hollywood Vampires. Reportedly, Glen has shared with friends that Depp wants to travel to St. Petersburg to meet her parents, then marry her amidst his infamous legal battle with ex-wife Amber Heard.

Sources close to the actor claimed that he has found true love in Glen, who is not obsessed with his fame and money. The talented and caring Glen has won over his heart. Depp is no stranger to May-December romances. He was engaged to Winona Ryder, 9 years his junior and he also had a huge age gap of 22 years with the Aquaman actress.

Glen is laying low amid rumors of their relationship. The alleged budding romance between the pair has led to a media frenzy, and reportedly they have had to get creative in how they avoid the prying eyes.

While paparazzi are following her wherever she goes, her parents have also chosen not to address their daughter’s relationship with the actor. Her father stated,  “I will not give an interview without Polina’s permission. Her personal life is her own thing. So I cannot tell you about it.”

Alongside being a dancer and choreographer, she is also a rising Instagram model. She has more than 162k followers on Instagram and has been sharing itty-bitty modeling shots and dancing videos. She also has a self-titled YouTube Channel.

Faith Hill and Tim McGraw Marriage: Together for eternity