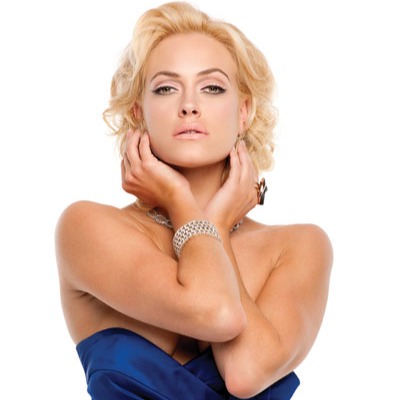 Peta Murgatroyd is a professional choreographer, who is widely known for her appearance on the American dance show Dancing With The Stars. She has won the competition twice.

She is a trained classical ballet, contemporary, and a Spanish dancer. She is said to have studied classical ballet under renowned Kirov Ballet’s former principal dancer, Madame Lubov Nikonorenko for 12 years. She later learned ballroom dancing and within 3 months, she became an Australian State Champion.

Her success led her to London which brought growth to her career. She occupied the second position in the Great World City Championships and was a finalist of Australian Open Championships. In 2005, she placed third at the Blackpool Dance Festival. In 2004, she became a part of Burn The Floor and toured with them for six years. In August 2009, she was the lead female dancer of Burn The Floor on Broadway.

After Burn The Floor, she joined another dance show ABC’s Dancing With The Stars season 12 in 2011. She has choreographed acts of famous celebrities like Rod Stewart and Enrique Iglesias.

Winner of multiple dance shows, Peta has been on the covers of many famous magazines like BE! Magazines, CV Luxury and Pilates Style and featured in US Weekly, People, and Life & Style. She is also the face of South Seas Tan.

Peta Jane is the first product she launched in association with South Seas Skin Care. Her successful career as a professional dancer and her product line earns her an estimated net worth of $400 thousand.

Born on 1986, she is currently 30 years of age. She celebrates her birthday on July 14. According to her birth date, her sun sign is Cancer. Born in New Zealand and raised in Australia, Peta likes to consider herself an Australian. She received her formal education in Australia. She currently resides in Los Angeles.

Her family is not a showbiz family but they knew what Peta wanted to do in her life. They always supported her choices in life. Her mother knew from the beginning where her heart was so, she began her dance classes, classical ballet, at the age of four. Her mother is a cancer survivor so, Peta passionately spreads awareness for breast cancer.

She was previously in a relationship with fellow Australian DWTS dancer Damian Whitewood. Following their break up after five years in 2012, she dated DWTS pro-Maksim Chmerkovskiy but it was an on and off relationship.

He proposed her onstage of DWTS on 5th December 2015 and became engaged. The couple is expecting their first child, due in January 2017. They are getting married soon. The D-day is set on July 2017.

Peta constantly tours for her work. She showcased her dance ability on the Perfect Ten Tour, So You Think You Can Dance and SWAY.She is active on social networking sites. She can be followed on Twitter and Instagram @PetaMurgatroyd.