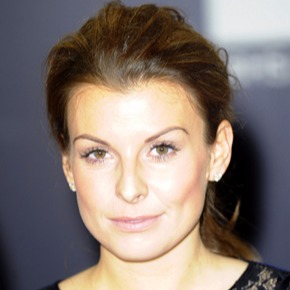 Coleen Rooney is a popular English TV presenter and columnist. She is also famous for being the wife of the world famous English football player, Wayne Rooney.

In May 2006, she tried to make her career in television world by working as an assistant of Sir Trevor McDonald in the show called Tonight with Trevor McDonald.

After working some years as an assistant for the show, she made her own television series for ITV Coleen’s Real Women. She was portrayed as a favourite girl next door in the show who looked for the real women to front advertising campaigns.

Coleen also became popular with releasing DVD titled Coleen McLoughlin’s Brand New Body Workout. It turned out as a best-selling DVD in the UK where she was paid approximate amount £3 million to front George at Asda campaign.In March 2007, she released her autobiography titled Welcome to My World.

After three years of that in June 2010, she signed a new deal with retail & gambling company called Littlewoods. She said that the role she got in the company was the perfect match which enables her to select and wear her favourite styles and shares ideas on how to carry off season’s new trending style.

Coleen Rooney was born to parents Tony McLoughlin and Colette McLoughlin. Her dad Tony was a bricklayer who also ran boxing club. She is the eldest child among four children of her parents.

One of Coleen’s sisters, Rosie, was adopted by her parents. She suffered from Rett syndrome who died at the early age of 14 on 5th January 2013. Famous TV presenter and columnist, Coleen completed her college education from St. John Bosco Arts College.

30 years old Coleen Rooney is currently spending happy conjugal life with the popular footballer, Wayne Rooney. She knew him since the early age of 12. Coleen started dating him at age 16. On 12th June 2008, she got wed to her longtime boyfriend in Portofino, Italy. It came into news that they were paid an estimated £2.5 million by the Britain’s OK!

Magazine to get their exclusive wedding pictures.Coleen has been blessed with three children from being in a marital relation with hubby Wayne named as Kai Wayne Rooney, Klay Anthony Rooney, and Kit Joseph Rooney.

Currently, she is living with her husband and 3 children in a £4 million Neo-Georgian mega mansion located in Prestbury. For more news and updates, keep following Coleen Rooney on twitter @ColeenRoo.